At a special Armistice Day service in the parish church; at a community sing-along outside the village shop and at the memorial to two brothers who died in the First World War – Hambledon Remembered.

On Sunday November 11th, 2018 – the 100th anniversary of the ending of the First World War – villagers packed St Peter’s Church for a commemorative service during which the names of Hambledon’s fallen in both World Wars were read out and a two-minutes silence observed. 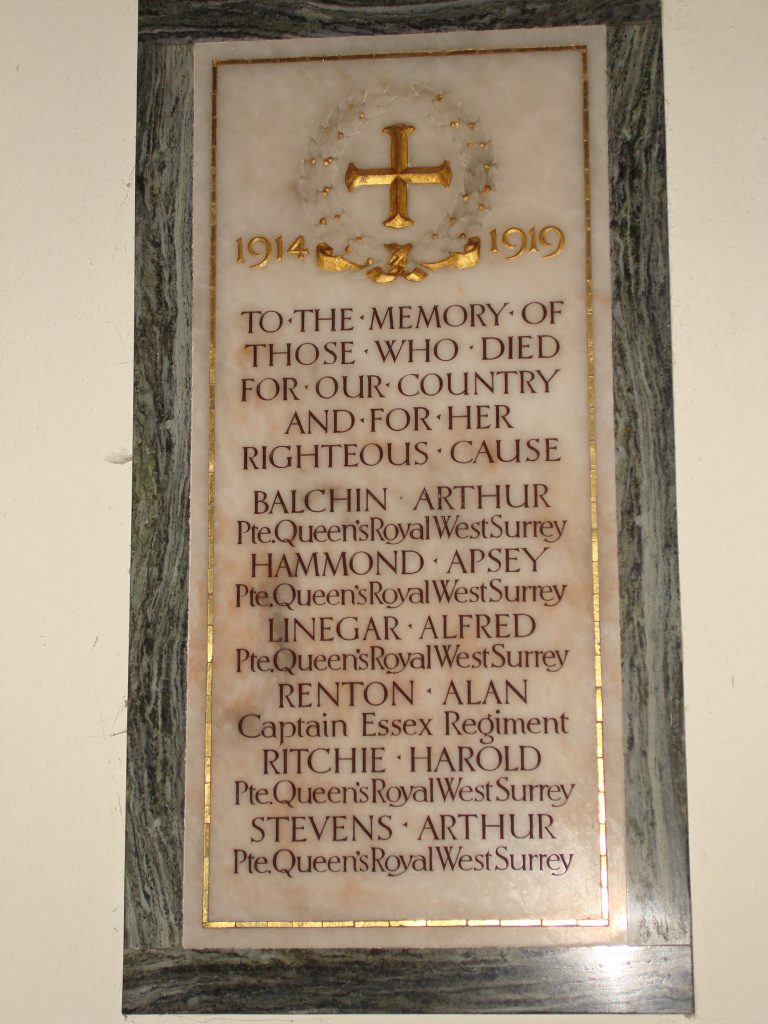 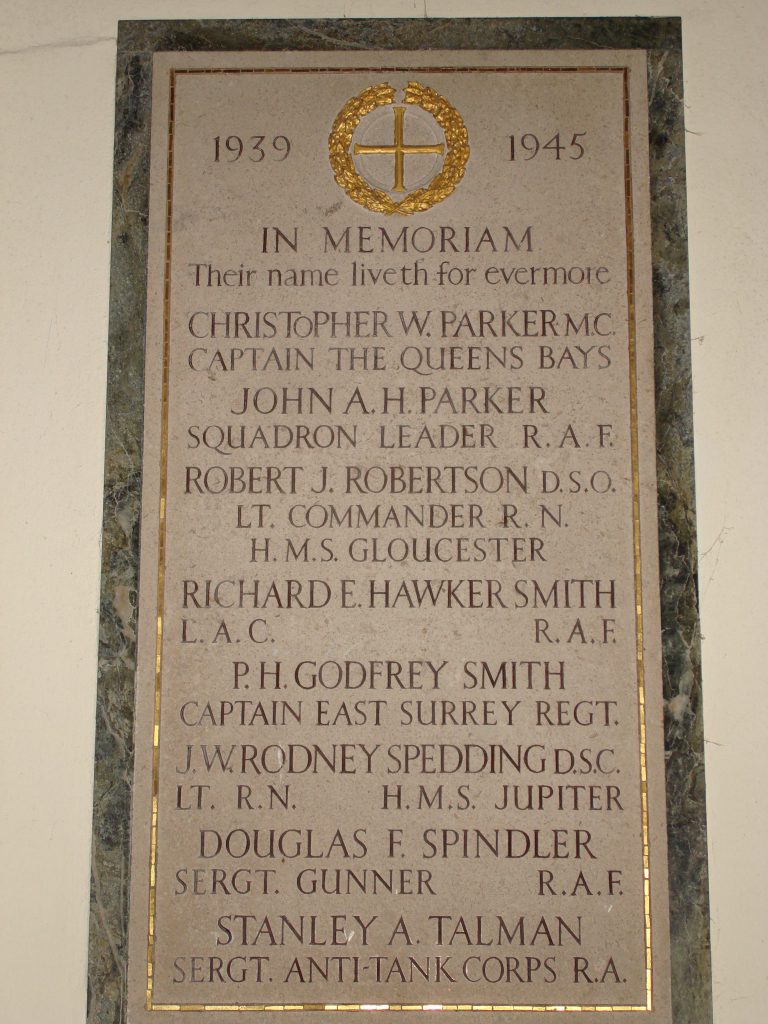 The service was led by David Mace, assistant vicar, with an address given by David Jenkins. There was time for quiet reflection as well as personal recollections from Sylvia Harrison who spoke of her grandfather’s gallantry in the First World War.

David Jenkins, assistant vicar with responsibility for Hambledon, spoke of the sacrifices made by many during both World Wars, on the field of battle and elsewhere. They served their country. He suggested that today we could all consider how we may also serve by becoming involved in charity and voluntary work to benefit others.

The day before, at noon outside the villager shop, a large number of villagers gathered to take part in a sing-along led by David Kirby on keyboard, which was a tribute to the British Tommy.

The occasion, organised by Christine and Ron Baker, led to some rousing singing of the choruses to familiar World War One songs such as Goodbye-ee, Take Me Back To Dear Old Blighty, Pack Up Your Troubles. It’s a Long Way To Tipperary and Keep The Home Fires Burning. 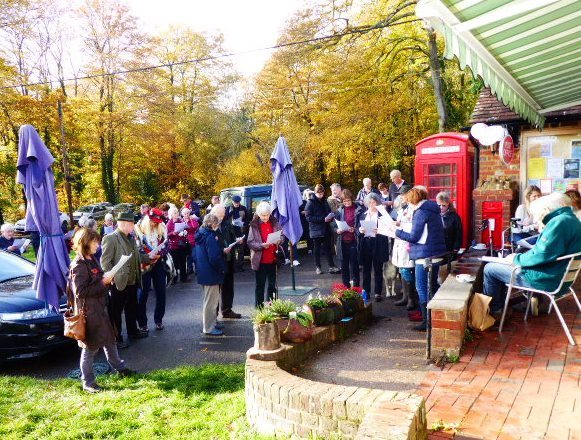 The verses were less well known but had been rehearsed by members of the community shop and church choirs, who kept the “congregation” in harmony. 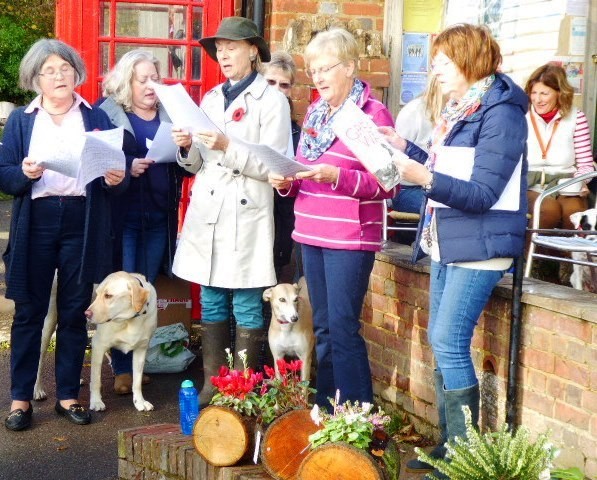 During the singing a collection was made for Help for Heroes and the locally-based Combat Stress charity, raising more than £280.

Plaques commemorating Hambledon’s war dead are inside the church and there is no external war memorial. But many villagers leave poppies beside the Robertson memorial on the flanks of Hydon’s Ball, and this year was no exception.

The memorial commemorates the lives of Lt Laurance Robertson, who was killed in action in the Battle of the Somme in 1916, and Cpt Norman Robertson, who died in Germany the following year. The obelisk was erected in their memory by their brother William. 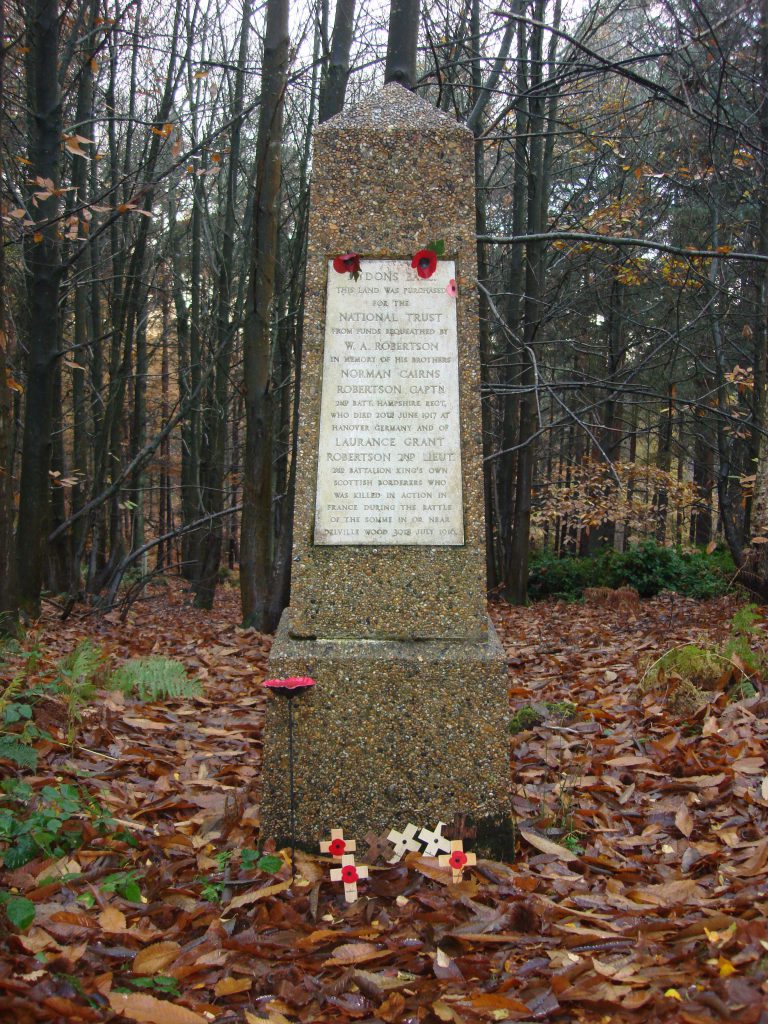 This memorial has a fascinating history and more can be found by following these links: