The red telephone kiosk at Hydestile crossroads is being given a make-over after it was decommissioned as a working pay phone.

The kiosk is a familiar and much-loved landmark at the entrance to the village and was at risk of being removed by BT. It is on the border of Hambledon parish but just inside the boundary of neighbouring Busbridge. 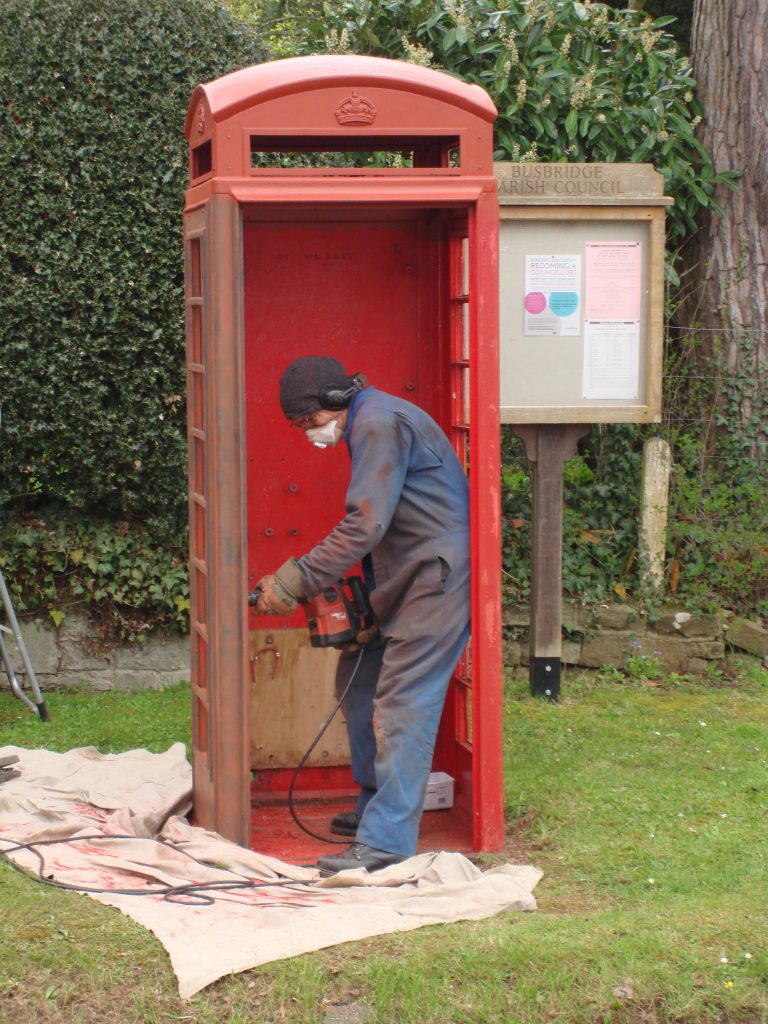 Fortunately, Busbridge Parish Council has undertaken to preserve the box by financing a renovation before the expected installation of a defibrillator for public use in an emergency.

This work is currently underway and is being carried out by a professional restorer (Ralph Restorations) who works from the back of his 1960s Austin A35 van, which is pictured here parked at Hydestile beside the kiosk.  A familiar sight on Britain’s roads in years gone by, it was an Austin A35 that featured more recently in several Wallace and Gromit animated films. 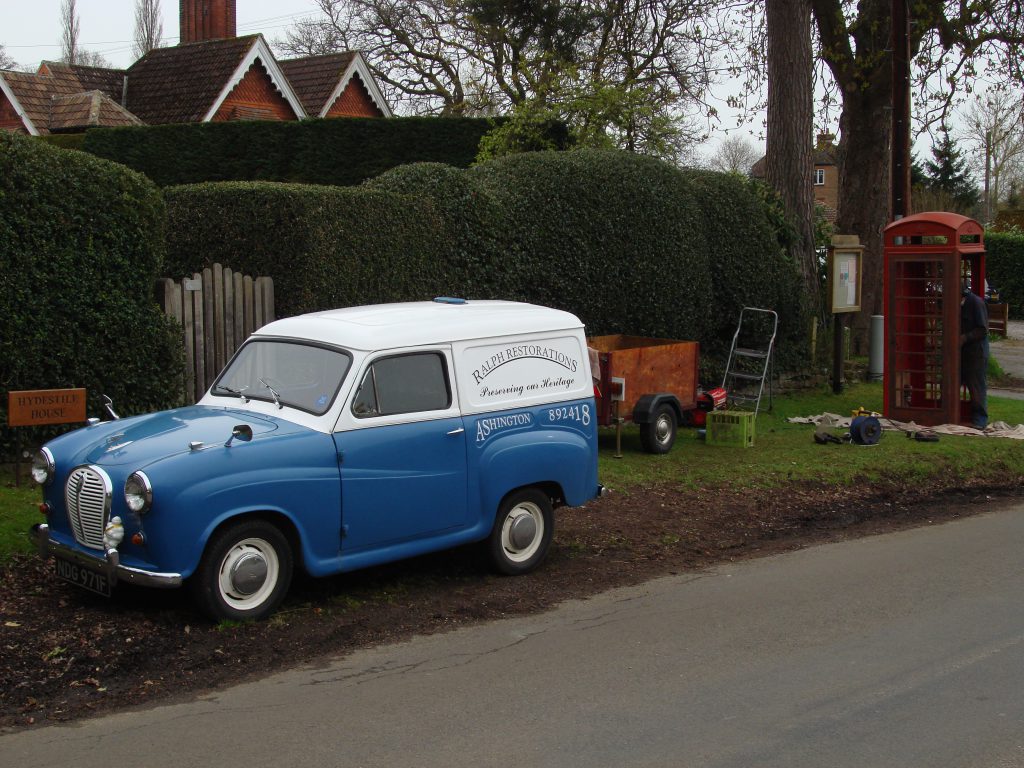 For several years Busbridge Parish Council has paid towards BT’s continued maintenance of the kiosk as a working pay phone. However, so few calls were made that the council decided to end this agreement and instead to “adopt” the box under a BT scheme, to ensure it remained in place as a distinctive feature of the rural cross roads landscape.

Under this scheme the ownership of the kiosk is transferred to the parish council for a nominal fee and BT undertake to maintain the working light inside.

The only other red kiosk left in the immediate area is the one in Hambledon, outside the shop and Post Office on Cricket Green. Hambledon Parish Council succeeded in getting the box “Listed” as a heritage feature by Historic England and it remains in working order although it no longer accepts coins.