A successful Annual Parish Meeting was held last week (Apr 25th) with a record attendance and lively debate, particularly on the issue of speeding in the village and measures that can be taken to prevent it.

A packed Village Hall heard from Inspector Gary Smith, Surrey Police’s Waverley Borough Commander, who spoke of how his force is having to combat budget cuts and reduced officer numbers. Despite these restraints he was upbeat in his appraisal of policing in the borough, which has the lowest crime rate in the county.

He listened to concerns expressed about speeding on Hambledon’s narrow roads and the rat-run and HGV issues on rural Salt Lane and Markwick Lane. He said that funding cuts limited what measures can be taken and pointed out that other areas suffered from greater speeding problems than Hambledon. That is where resources will be directed.

But he said he and his officers would work closely with villagers if they decided to set up a Community Speed Watch. Some residents signed up to this at the end of the meeting and others may do so if they wish at the Village Shop. Or please email parish councillor May Grove on grovemum@aol.com

The scheme would need at least six volunteers giving and hour or so a week and they would receive police training in the use of speed detection devices. Motorists caught speeding would be sent warning notices. The scheme would also be a way of providing data about speeding in the village.

More details can be found here

The meeting, hosted by the Parish Council, heard a report of its activities over the last 12 months from chairman John Anderson, who also thanked Paul Pattinson, who has stood down after 12 years as a councillor. He is replaced by Robin McKeith, who was welcomed to his new role.

All of the village’s many clubs and organisations gave positive reports about their activities.

Two days after the meeting the annual village clean-up took place, followed by a barbecue outside the village shop. 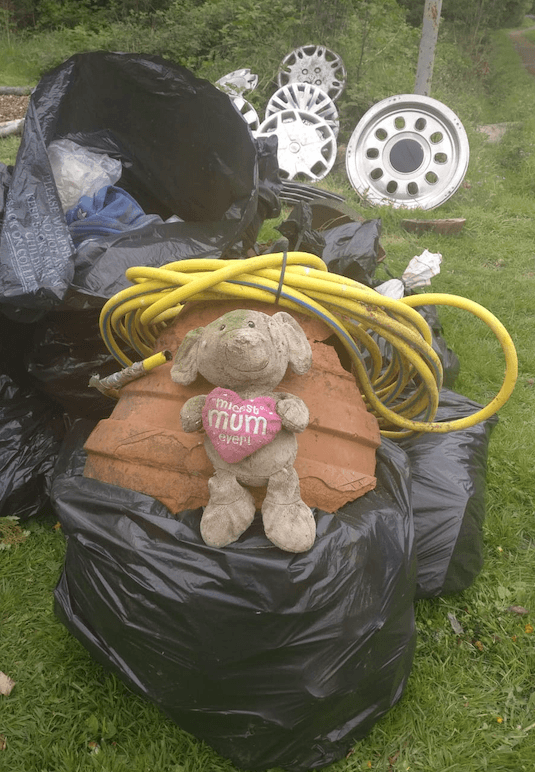