Local beers and ciders and local bands will feature at a Spring Beer Festival to be held at the village pub over the weekend of Friday May 30th to Sunday June 2nd.

The Merry Harriers has sourced a range of bitters and ciders from breweries in Surrey and neighbouring counties which will be served from a marquee in the pub garden.

In addition, Toxic Sausage will be playing on the Saturday evening. A popular covers band which regularly performs at the fete ball, it features village resident Mike Blanchard on keyboard.

On Sunday afternoon another local favourite, the LuxDeLux blues band, will be performing. Featuring Jim Luck on vocals, this band has been playing in the Godalming area for many years to great acclaim.

Music will be outside if weather permits. 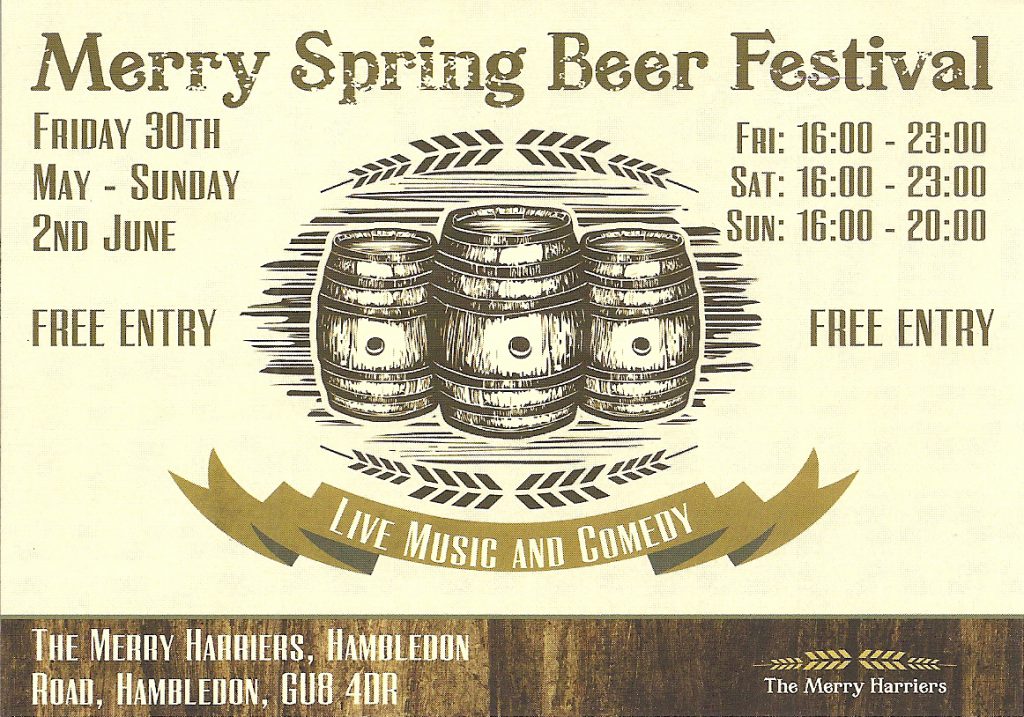 It is expected that comedy routines will be performed on the Friday evening, yet to be confirmed.

Hot dogs will be served from a barbecue throughout the festival.

Entry is free. The festival hours are 4pm to 11pm on Friday and Saturday and 4pm to 8pm on Sunday.