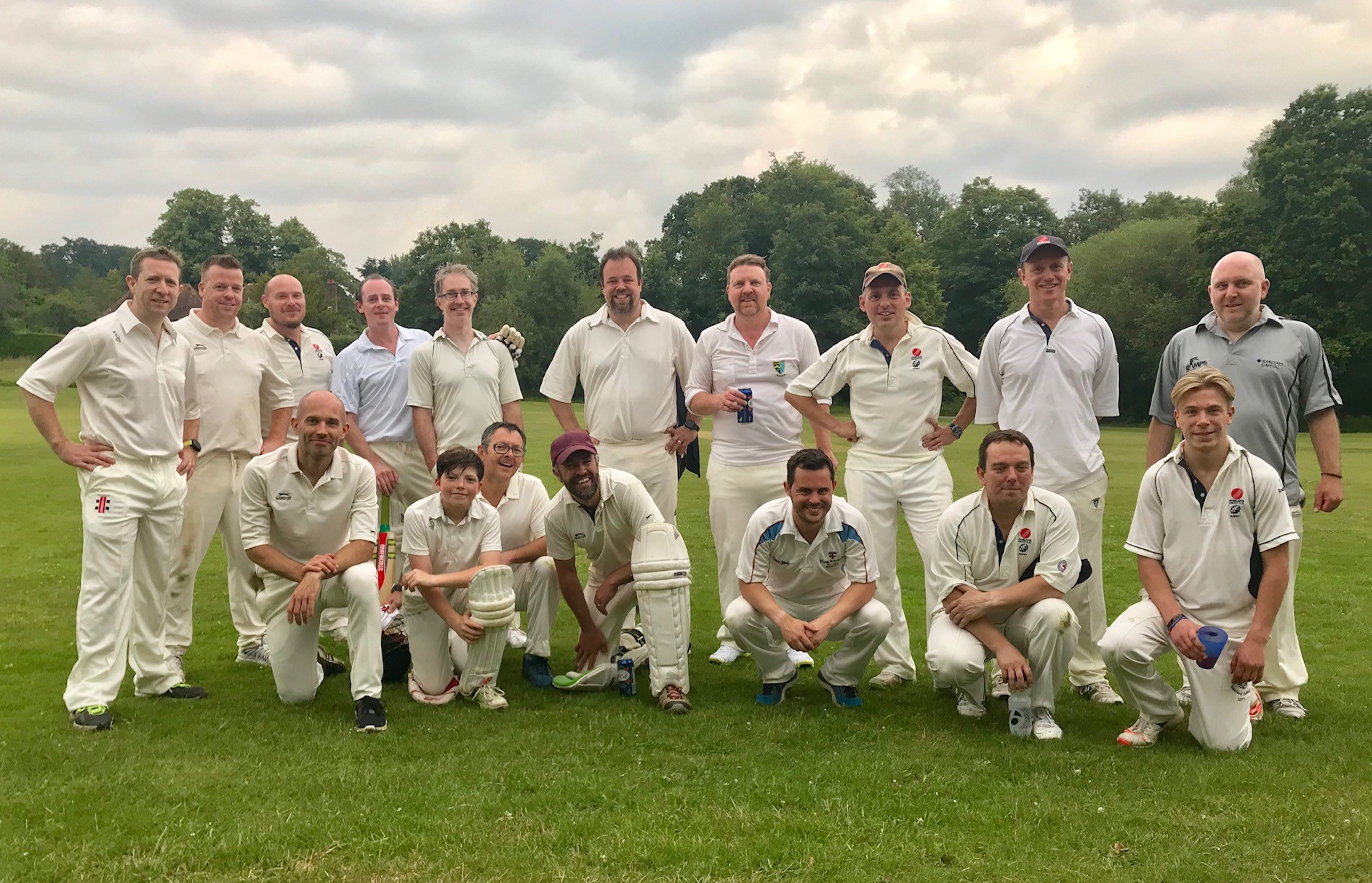 The PTA won the toss and put Hambledon into bat. It soon appeared to be a good decision with 3 wickets down for just 8 runs (credit to the Manton brothers for their opening bowling). As those on the boundary scrambled for pads and gloves it was fortunate that Chase Pusey and young Oscar Mikhail were intent on building a partnership. Chase opened his account with two fine fours before a series of ones and twos with Oscar and some good running between the stumps. Chase batted very well before he was unfortunately run out for 44. Oscar played superbly. He is a fine cricketer and a joy to watch. Since appearing for this team last year he has built upon his repertoire of orthodox and skilful shots with a bit more power. The result was a magnificent 73 not out which included 7 boundaries. The skipper added 7 and Phil Miller 14 before another good junior, debutant Monty Martin, finished unbeaten on 2. The 30 over innings closed with a score of 180 for 6.

Hambledon took to the field to defend what looked like a decent total. Josh Lott and Duncan Harris opened the bowling against the PTA’s skipper and Dan Lawson Johnston. Duncan soon dispatched the skipper for 12 and then their number 3 for 1. Josh was very unlucky not to be rewarded for his pace over 5 overs. First change, Mark Holmes, was soon amongst the action with 2 wickets for 12 runs off 3 overs. Richard Martin and his son, Monty, both had spells with the ball – Richard grabbing a wicket ‘played on’. Chase appeared unusually late in the proceedings but his first wicket came as no surprise. Oscar took a wicket before swapping with his father, Simon, behind the stumps. (The only role not yet played by Oscar is to make the teas.) It was great to see Phil’s good bowling rewarded with a wicket although it was not immediately apparent with the ball flying between middle and off deftly removing just one bail. Special mention for Sean Sinnott in the field. Credit to the PTA’s Dan Lawson Johnston for underpinning their innings. He played a very polished 86 not out. But alas the Hambledon total was too much and the PTA got to 30 overs with 156 on the board. Victory for Hambledon!

It was a grand day. Profits from the bbq and the bar will be split between the club and the PTA in keeping with the fundraising nature of this fixture. Thanks to all involved particularly the spectators and all those who helped with food and drink.

PLAY CRICKET FOR HAMBLEDON! The club is always keen to recruit new players (juniors and seniors). Right now we are particularly keen to hear from anyone who would like to play in the Friendly XI. We play 15-20 games through the season including a few T20s. Most games are on Sundays with some on Saturdays. Some players are regulars, others turn out occasionally. All are welcome. If you would like to know more please contact Andrew Dunn adunn@candey.com.