Customers and staff gathered to say fond farewells to Danielle and Sam Montgomery-Page, who have left the Merry Harriers after almost three years in charge.

The pair, who also had an earlier stint at the pub in 2009-2011, have departed for France where they plan to start a new chapter in their lives.

Danielle, as front-of-house, and Sam as head chef, have guided the Merry Harriers as it expanded its accommodation under its owner Peter de Savary. It now offers accommodation upstairs in the 16th Century building, in the garden rooms at the back and in shepherd huts across the road, 15 rooms in all.

During this transition it has kept its appeal as a village pub popular with locals, and it was the regulars who gathered to wish Danielle and Sam well on their last weekend, November 16th/17th. They were presented with gifts and a scrapbook in which many had contributed. 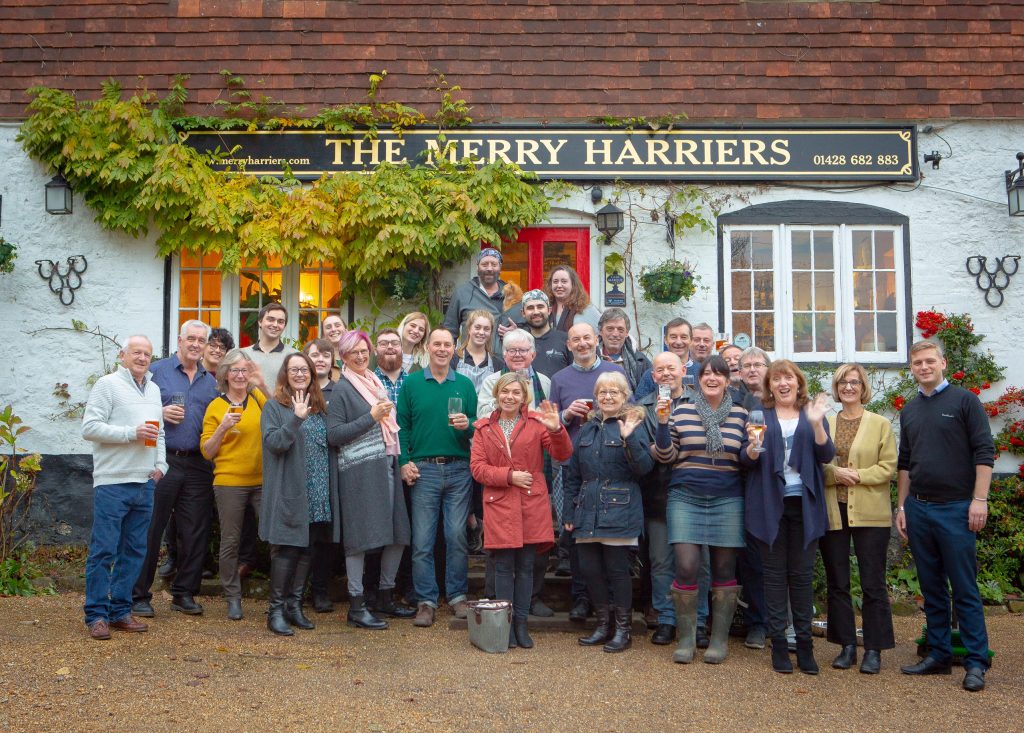 Sam, ever reluctant to be centre stage, even agreed to photographed with Danielle on the pub steps, but he left it to his wife to receive the gifts presented later in the bar. 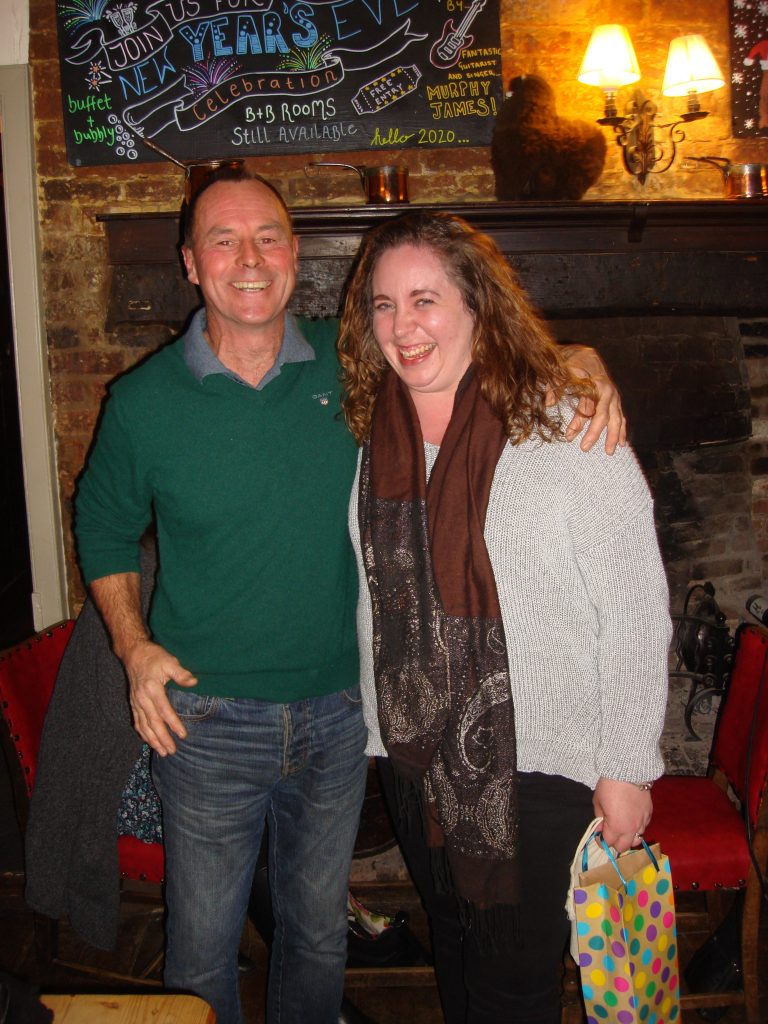 In a short speech regular customer Tim Coleman thanked Danielle for maintaining the local atmosphere of the pub and said that many in the village were grateful for the work opportunities both she and Sam have given to young people, in the kitchen and behind the bar. 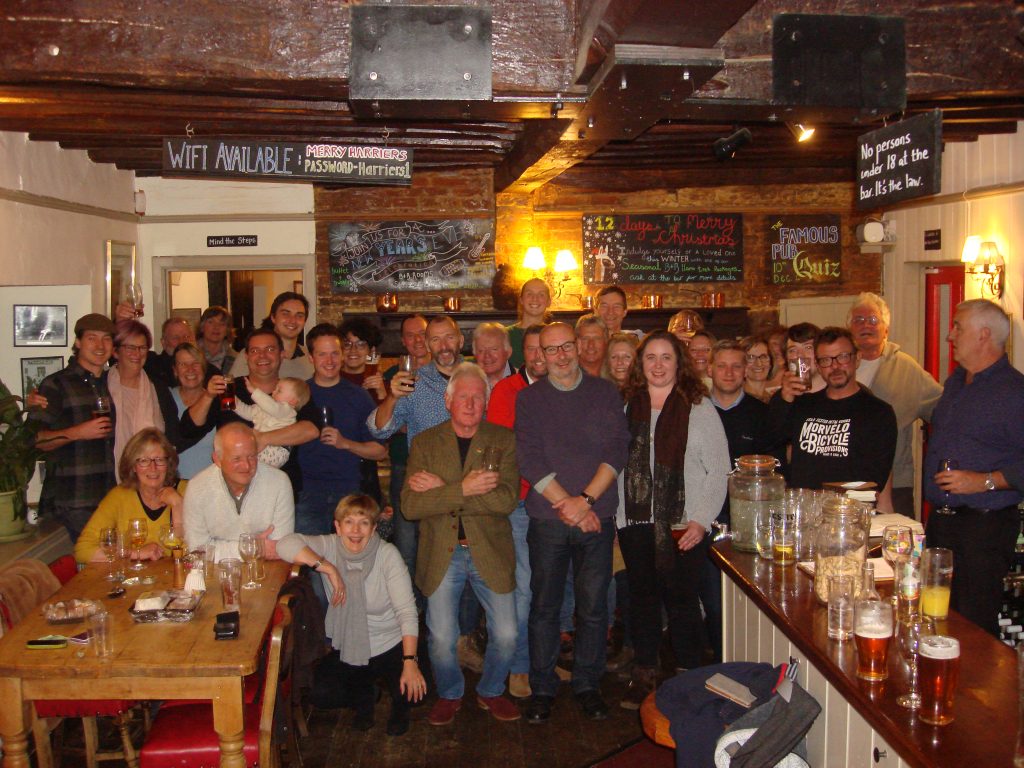 On their final day, Monday November 18th, it was the turn of the staff to say their goodbyes, and to hand over their gifts.

The pair then set off to drive to Nice. Danielle said: “We have loved it in Hambledon. We never expected to stay here as long as we have. But we are looking forward to a change of scene and, to be honest, I need a bit of a break.  This is a very full-on job and this year will be my first Christmas Day off in 15 years.

“We have rented a flat overlooking the sea.  We expect to be there for at least three months. Sam will be working with a friend in a restaurant but I have nothing planned, which is a bit daunting.”

The language will not be a problem. Danielle, who has a French mother, is fluent and Sam also has a good knowledge of the language.

The couple are from Holmfirth, West Yorkshire, and for a while they ran a pub there that occasionally featured in the BBC TV series The Last of the Summer Wine, which was set in the market town and surrounding countryside.

They have led an itinerant life in the hospitality trade, working around the UK including the Channel Islands and abroad. Sam is a trained chef and Danielle has studied as a sommelier. On their drive down to Nice they stayed for several night in Beaune in the heart of the Burgundy wine area.

If you would like to see more photographs of the leaving party, please look under the “Gallery” menu at the top of the page.