UPDATE Friday March 19th : Lane End has reopened. This was to have happened tomorrow  (see story below) but has been brought forward as work has progressed well.

The parish council has been advised that three-way traffic lights will be in operation at the junction of Lane End, Malthouse Lane and Vann Lane to allow engineers to complete installing new gas mains to the entrance of St Dominic’s School.

It is hoped that this work will be concluded by Wednesday March 31st and the temporary lights will remain in use until then. Engineers will return at a later date to complete the connection up to the school buildings.

The road has been closed since the beginning of January to allow contractors on behalf of SGN, the gas provider, to install new mains to houses in the immediate area. This has resulted in a lengthy diversion via Milford or Chiddingfold and Vann. 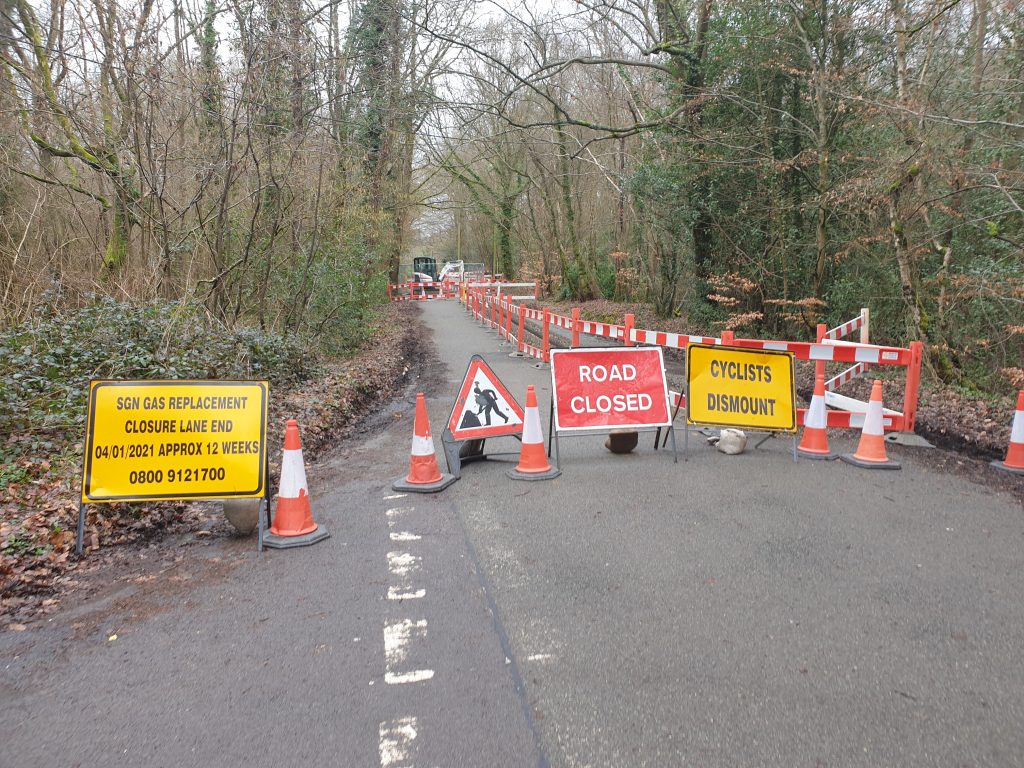 The closure was to have lasted 12 weeks, so if the road does reopen on Saturday afternoon, it will be a week early.

News of the reopening was given to Hambledon Parish Council, which has been in regular contact with SGN.

It will not be the end of the roadworks, however. SGN states states that its contractors have still to connect several properties further along Hambledon Road as far as Malthouse Lane. This is to carry out the insertion of new plastic main within the old cast iron pipe to the entrance of St Dominic’s School.

Traffic light control will be used for the duration of this final undertaking.