Many readers may have seen a vintage bus around the village recently, negotiating the narrow lanes or parked up in the bus stop outside the Merry Harriers.

Its owner Richard Shirley was staying at the pub as he had been hired to take a party of birthday revellers from Busbridge to the Noah’s Ark pub in Lurgashall, with a late-night pick-up. 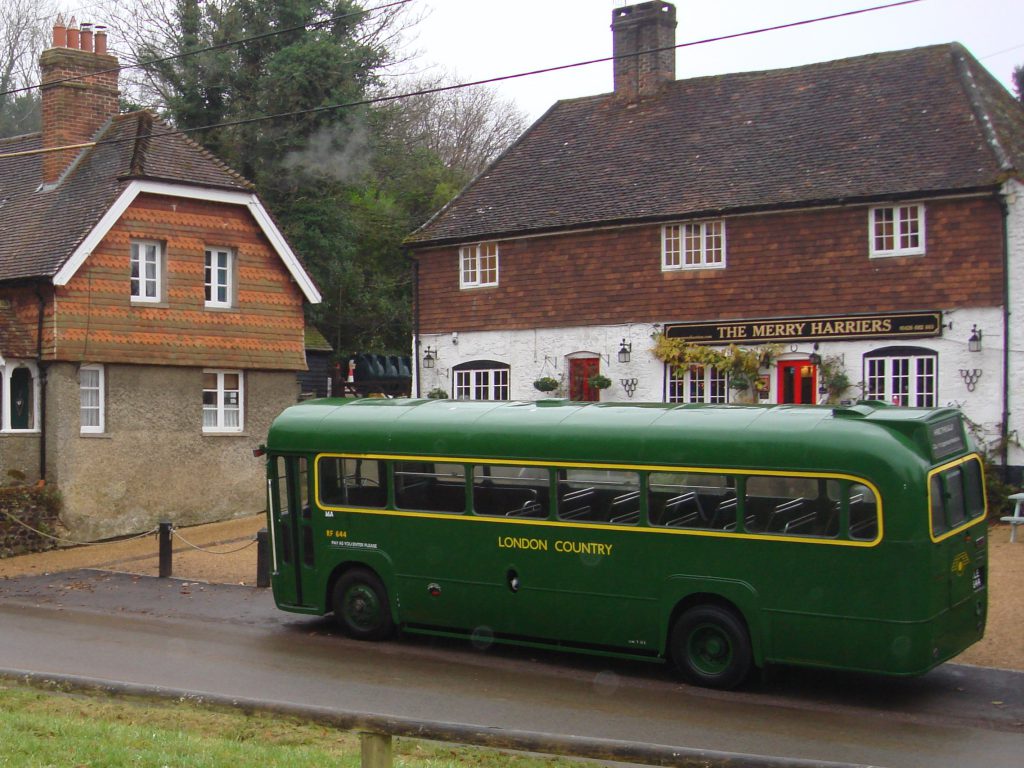 His bus attracted a lot of attention and Richard was asked if he would be prepared to bring it back next year for the Hambledon Midsummer Festival in June. He agreed and his bus will take part in the classic vehicle rally which will start from the Cricket Green on Sunday June 24 (see earlier news item).

It is hoped that the bus, with villagers aboard, will follow the rally of local classic cars and bikes from the Green, where the fete and ball will have been held the previous day, through local countryside and ending up at the Merry Harriers.

Richard, from Kingston, is a bus enthusiast. His 1953 AEC Regal RF-type single decker was one of 700 built for working in London and the Home Counties. It was retired by London Transport in the early 1970s and, after passing through various ownerships, was eventually acquired for preservation.

Richard, who also owns a red London Transport RT double-decker built in the early 1950s, works in the transport industry. Both his vehicles are inspected and licenced for passenger-carrying service and are maintained in superb condition.

The fete organisers are grateful that Richard is donating his time free of charge. And Richard himself said: “I have enjoyed staying in the village and meeting local people. I am looking forward to being back in June”.

Our photographs show the bus outside the pub, shop and at Hydestile Crossroads.

The vintage bus harks back to the days when Hambledon had a regular daily bus service. Villagers now have the 503 and although this only operates three times a week, twice in each direction, it is still highly valued by its passengers. 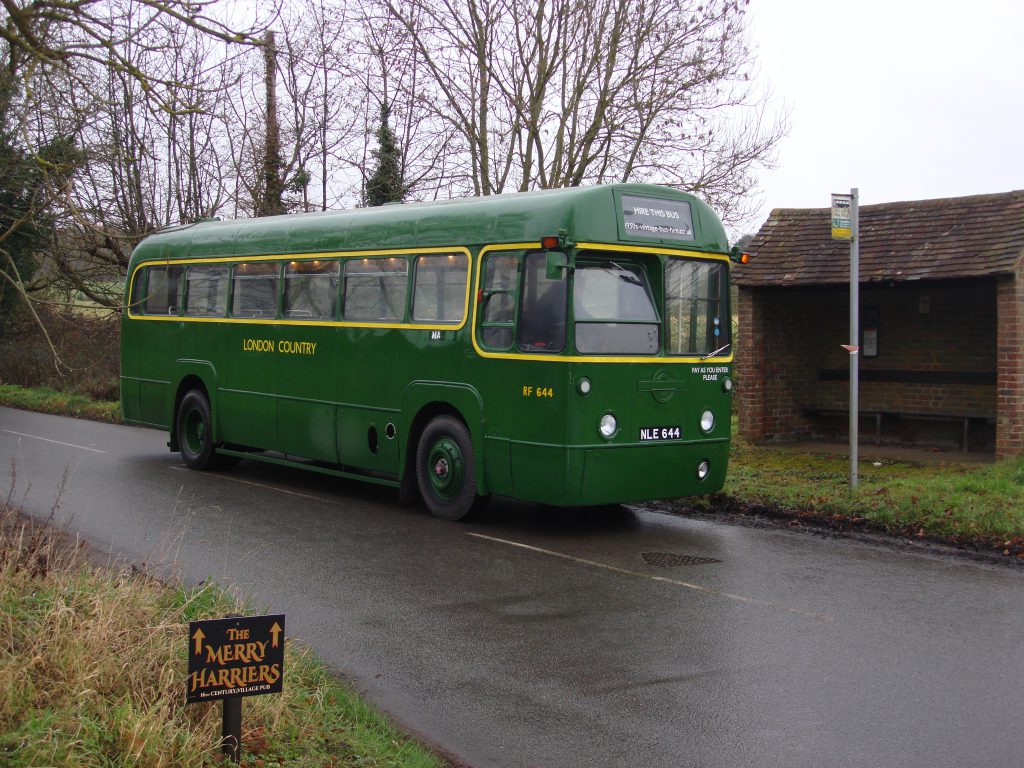