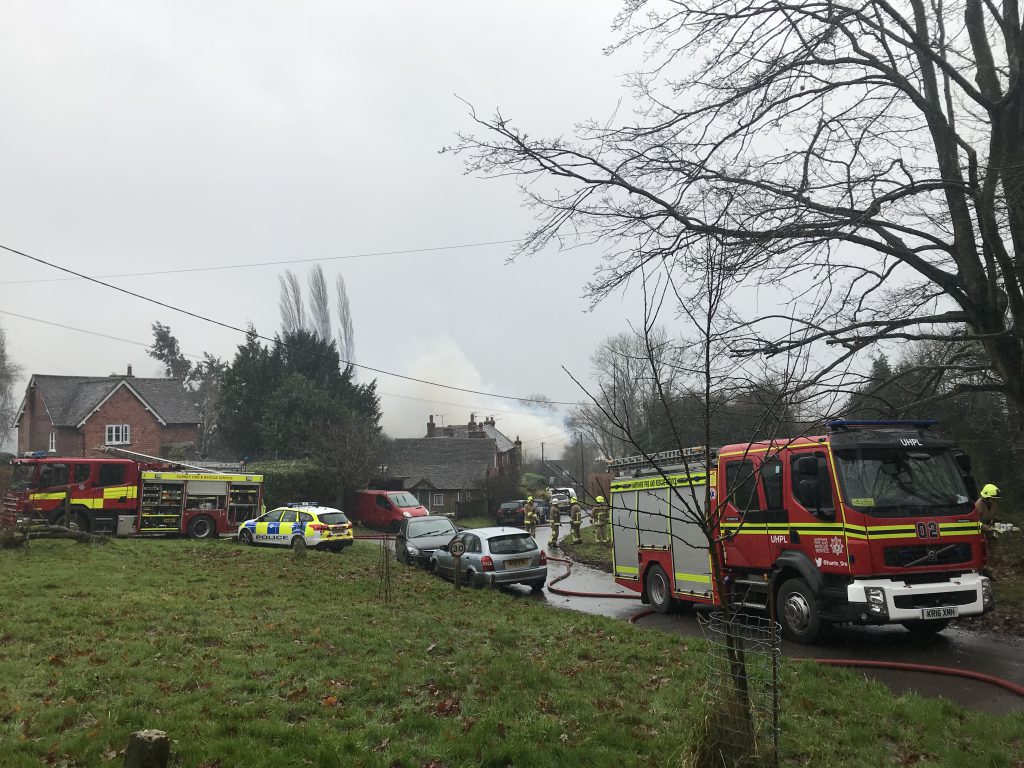 First exclusive video of the fire at Hambledon House guest house near Chiddingfold. 45 firefighters are at the scene. Three people got out OK, one person was rescued by firefighters. Listen to hear Group Commander Steve Burnell from Surrey Fire and Rescue. pic.twitter.com/1filazVbun

UPDATE: 17:41 Emergency services are still at the scene in large numbers. Vann Lane continues to be closed to traffic from The Cricket Green to Roundals Lane and is likely to remain so through at least the early part of Thursday.

UPDATE: As of 12:30pm it is reported that all occupants have been accounted for and are safe

Eights appliances from Surrey and Hampshire fire service are in attendance, it is likely that road closures will be in place for at least the remainder of the day.

Surrey Fire & Rescue
@SurreyFRS
Advice to local residents in the #Hambledon area – please stay indoors and close any windows and doors due to smoke plume from incident in Vann Lane, Hambledon #Surrey