Two patients from Milford Hospital who met in the 1950’s and then eventually married are recorded in their photographs of their time in the Hospital. Their son has kindly allowed us to publish their photos and written up a brief biography.

Pearl and Ron met and spent time together in Milford during 1951 and 1952 where they fell in love. Whilst Pearl completed her convalescence and left in late 1952, Ron stayed in Milford to complete his recovery, not leaving Milford until early 1954.

Their story and photographs give us a rare view of life behind the walls of Milford hospital. Two photographs also reveal, for the first time, the detail of the famous radio room built on F Ward that was to be the catalyst for the Galton and Simpson story. 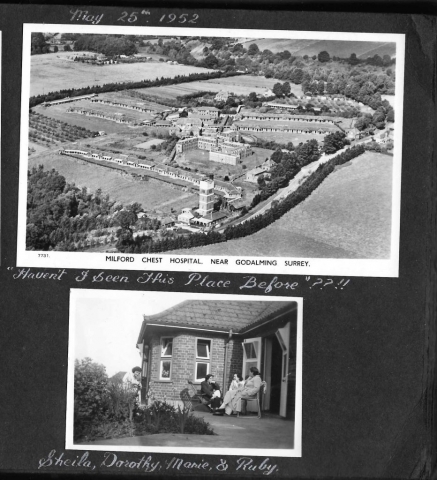 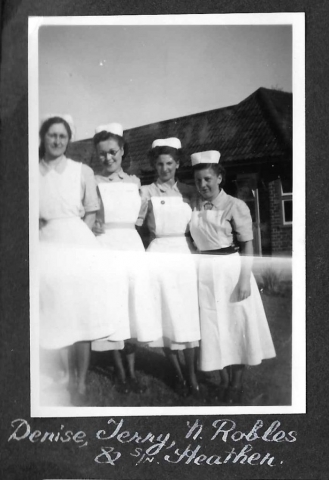 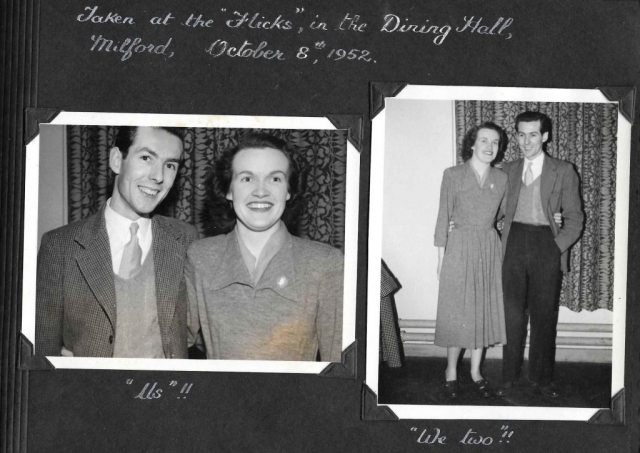 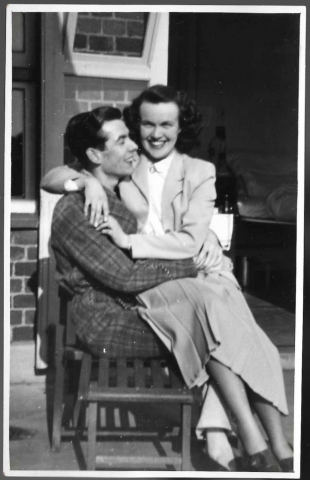 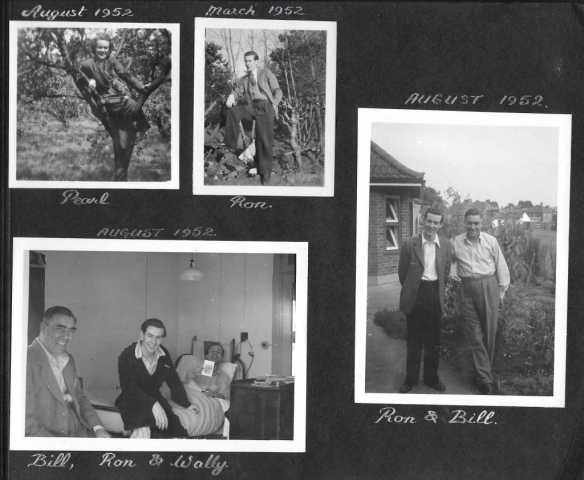 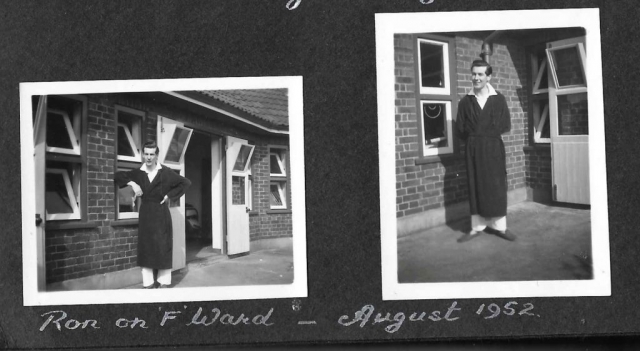 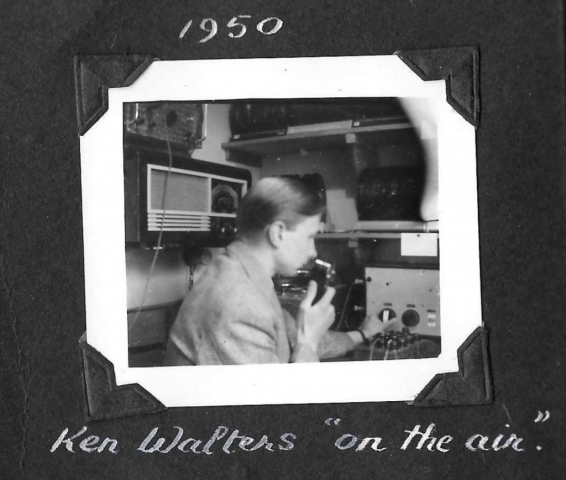 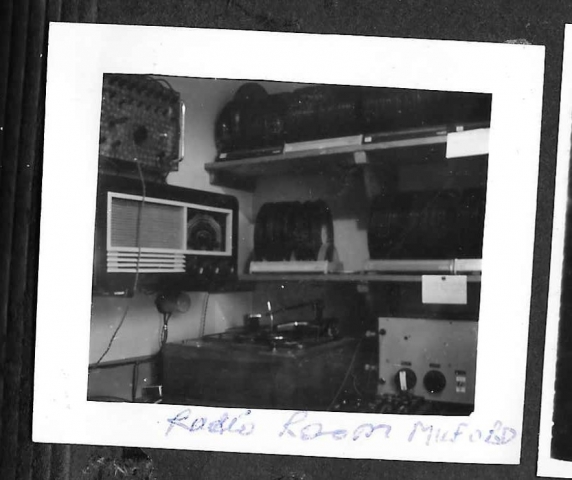 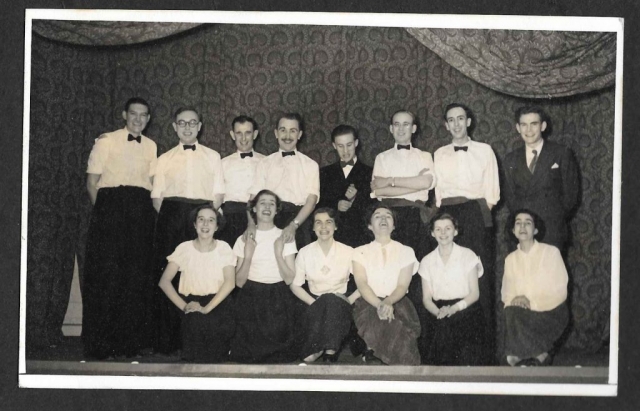 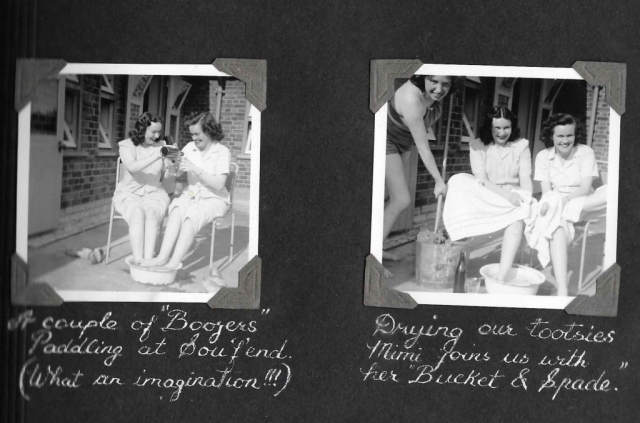 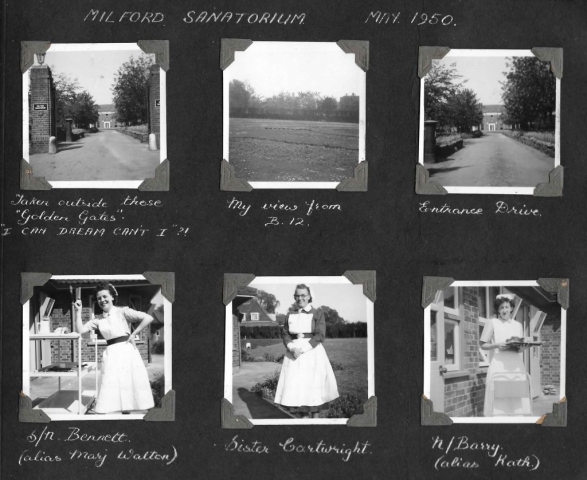 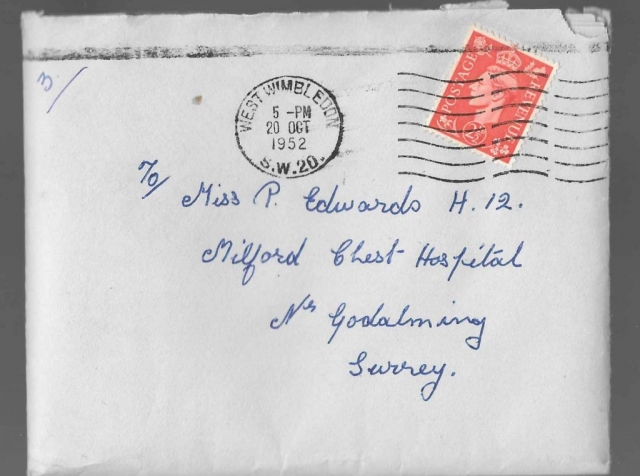 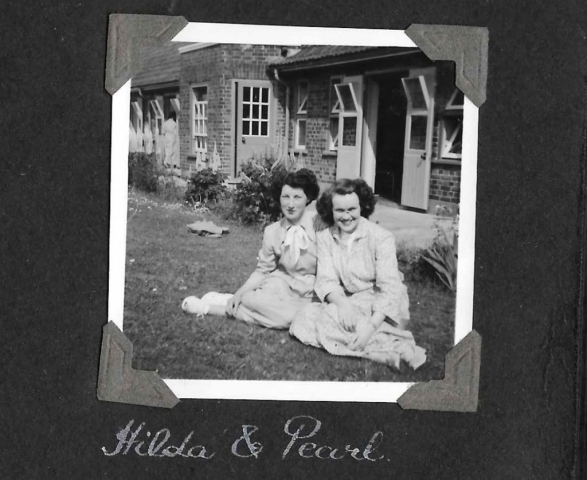 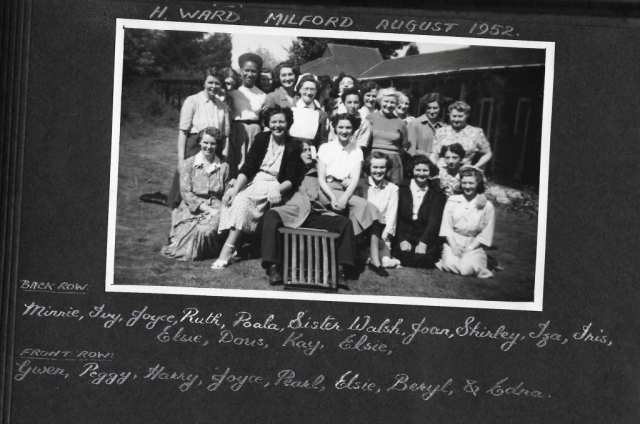 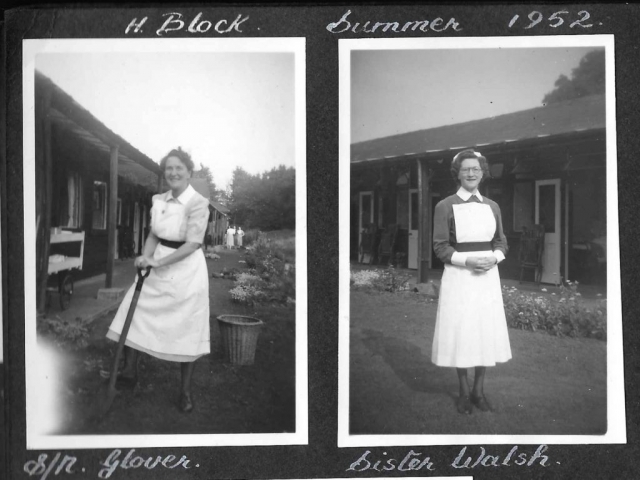 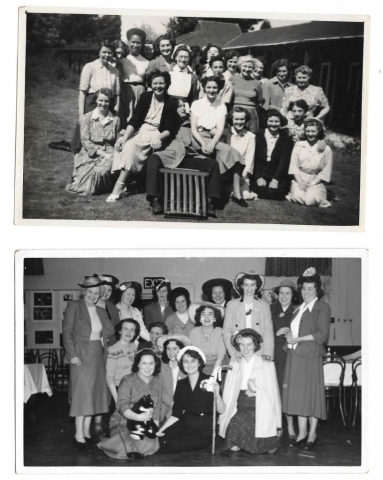 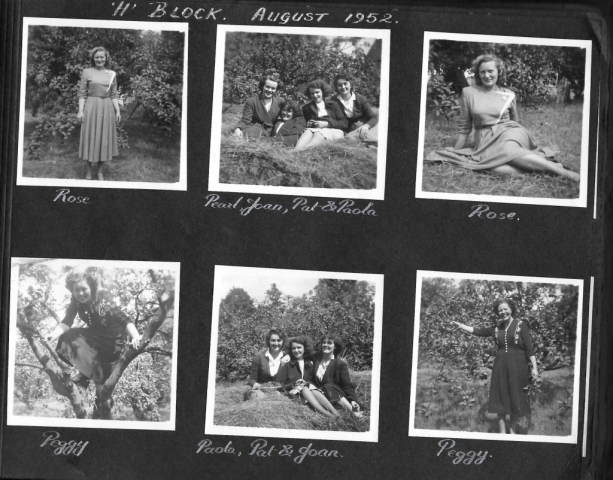 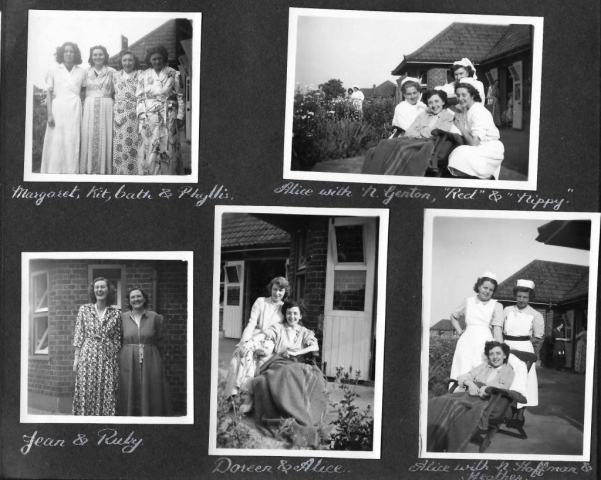 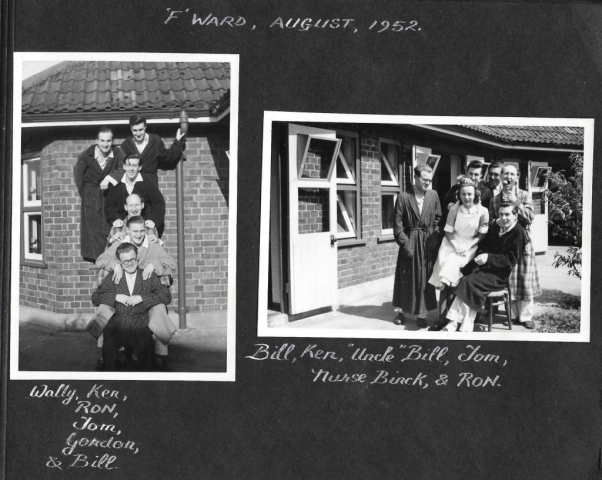 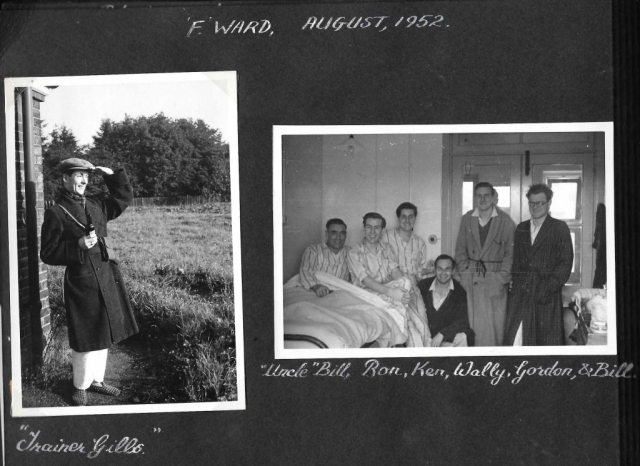 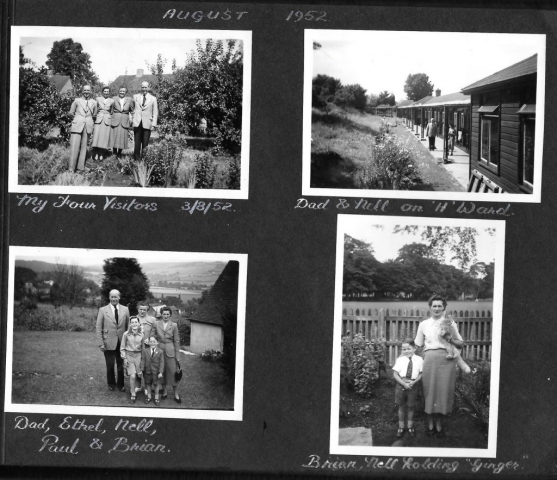 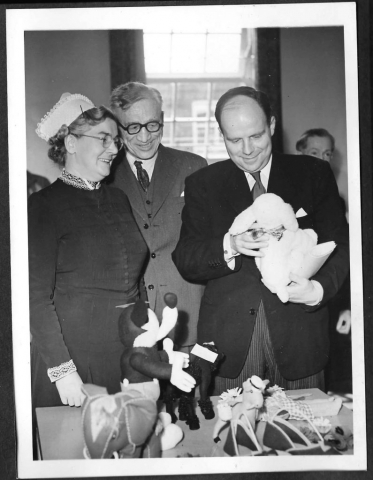 Pearl Edwards (1928 – 2012) was born and lived her early years in Cheltenham, Gloucestershire. During her late teenage years she met a man at a dance who came from the London area. They quickly became very close and they got engaged soon afterwards. Pearl moved to be with him and his family in London. However, Pearl was then diagnosed with TB and sent to Milford Sanitorium. This was sometime around late 1947 to early 1948.

It quickly became apparent that Pearl was severely affected by TB and needed to be in hospital for long term care and treatment. Needless to say, the engagement broke off and Pearl was left on her own in a hospital a long way away from her own family in Cheltenham!

In total, Pearl was in Milford from 1947 until late 1952 with a short break in 1951 when she returned briefly back to her home in Cheltenham.

Ronald Gills (1929 – 1964) was born and lived his early years in Wimbledon, London. He developed TB and was sent to Milford Sanitorium sometime around 1950. His TB was very severe and Ron needed extensive surgery to remove his affected lung material leaving him frail and vulnerable to other illnesses thereafter.

After Ron left Milford he moved in with Pearl and her parents in Cheltenham and they married in September 1955. They went on to have 2 boys (David and John) who were born in 1960 and 1964 respectively. Unfortunately as Ron was very frail, he died a few months after John was born, leaving Pearl to bring up her 2 young boys on her own.

It is interesting to note also that Pearl remarried in 1977 to Jack Heather (who himself was a widower). Jack will be remembered as the newsagent who delivered the daily papers to Milford hospital during the years that Pearl was resident!  (Jack appears in one of the 1950 photographs above)

Jack was highly amused by Pearl on their very first meeting where she declared that she wouldn’t be needing a regular newspaper as she wouldn’t be stopping for long! (The innocence of youth eh). Jack and Pearl became friends and they stayed in touch during the subsequent years.

Pearl’s full life and longevity was remarkable given the extent of her surgery at Milford (she only had 1 lung), but she lived life to the full, travelled extensively and had a very wide range of friends from all her years.