Hambledon, Surrey, England is a small and scattered village in the rural south west of the county and located within the Surrey Hills Area of Outstanding Natural Beauty.  It is 3 miles from Godalming and 6 miles south of Guildford.It is tucked away amongst fields and woodland between Witley, Milford and Chiddingfold.  Multimap  Wikipedia EntryIt has an adult population of about 550 people living in 278 properties, mainly clustered in the centre of the village, but others in the outlying hamlets of Hydestile, Feathercombe, Vann and Lane End.  The nearest town is Godalming, the administrative centre for Waverley Borough Council, the local authority for the area.

Hambledon appears in Domesday Book of 1086 as Hameledune, and was recorded as a small manor of some 300 acres in the Domesday survey of 1086.

Its original church was probably built in the 11th Century, on the site of the present Victorian St Peter’s Church, which overlooks rolling farmland and Hydon’s Ball (587ft). The Ball and surrounding heath belongs to the National Trust and has a memorial to Octavia Hill, a co-founder of the Trust.
The Greensand Way, a long-distance footpath, runs through the parish and the abundance of tracks and bridleways, with views of hills and woodland, makes the area popular with walkers, horse riders and cyclists. Roe deer, adders and grass snakes, slow worms and lizards, can be found on the heath, along with a rich variety of bird life.

Hambledon has had to adapt. Its primary school closed in the 1980s and its Post Office and general stores in 1990.
But driven by local initiatives, the school has been reopened as a nursery and the Post Office and shop as a community run store, staffed mainly by volunteers. The cricket club has benefited from a new pavilion, the church has new meetings rooms and the football club is soon to have new changing rooms.
It has a 16th Century pub, the Merry Harriers, which features in the CAMRA “Good Beer Guide”.

With an active parish council and an involved and caring community, Hambledon is meeting the challenges of the 21st Century while retaining the charm and tranquillity of its past.

In the 16th Century, its land was mined for iron ore. In recent times this was replaced by another local industry – brick making. 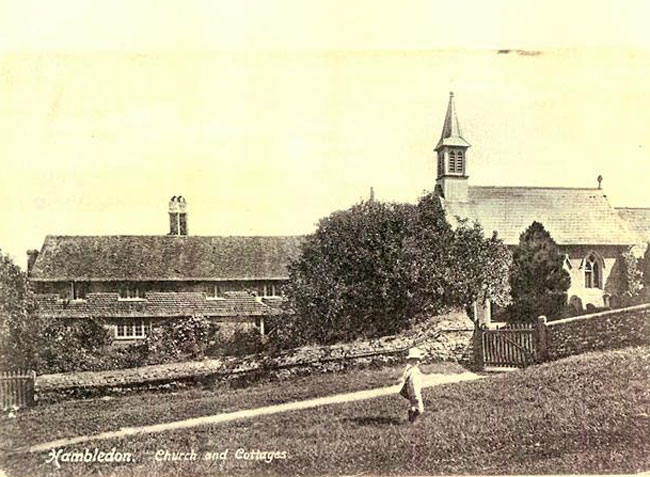 The church of St. Peter lies some distance from most of the houses, at the top of a hill. The churchyard contains two gigantic yew trees – one with a 30 foot circumference and hollow, with space for 4 people inside. Legend has it that if you walk around the interior three times you will see a witch. The trees outdate the present church by many centuries.

Today’s building was constructed in the 19th Century, although it does contain traces of its 14th Century predecessor. 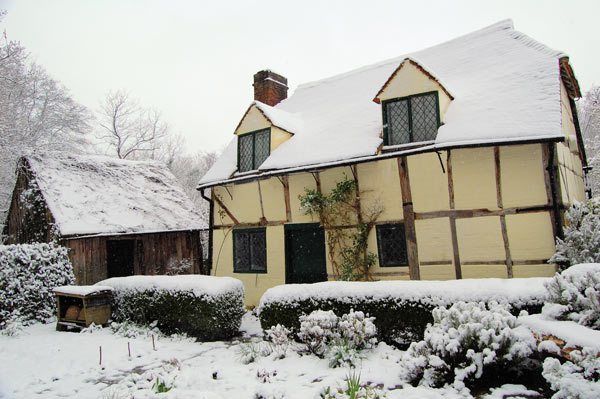 Beside the village green stands Oakhurst – a traditional 16th century labourer’s home, which has been restored and is now owned by the National Trust. 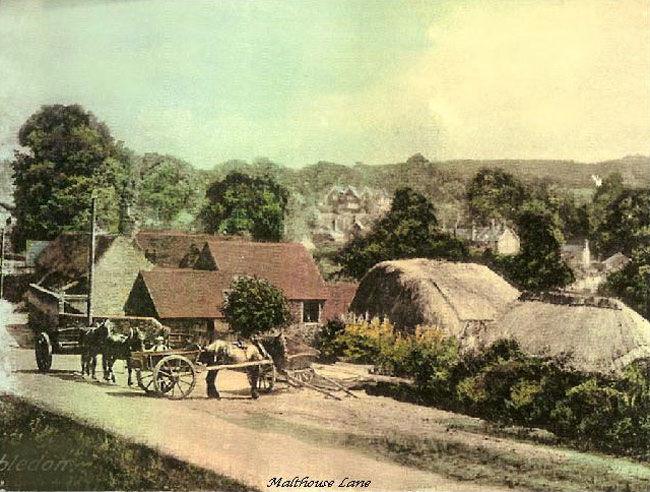 A short distance up the hill, close to the A283 Petworth Road, is a building which was originally built as the local workhouse . It was managed by the Hambledon Poor Law Union, formed in 1836.   An Infirmary block and a mortuary were built to the north of the site in the 1870s, and these buildings later became Hambledon Hospital, which closed in 1948. Courtesy of Wikipedia 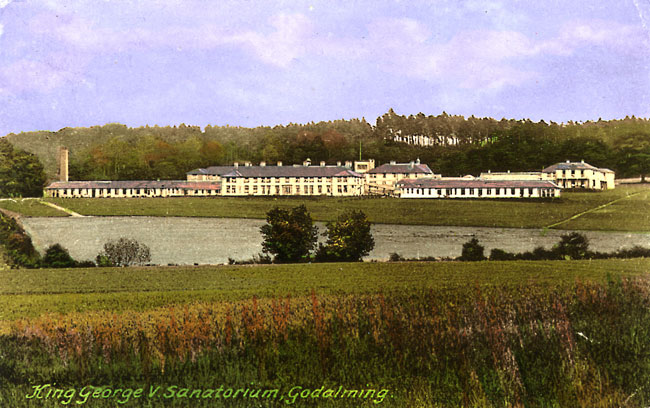 To the North lies the sites of the former King George V TB Sanatorium (1921-1988) and the adjacent St. Thomas’ Hospital Annexe (1941-1988) – both have been demolished and replaced by housing.  The sister hospital to KGV, Milford Hospital, remains 3 miles to the West. 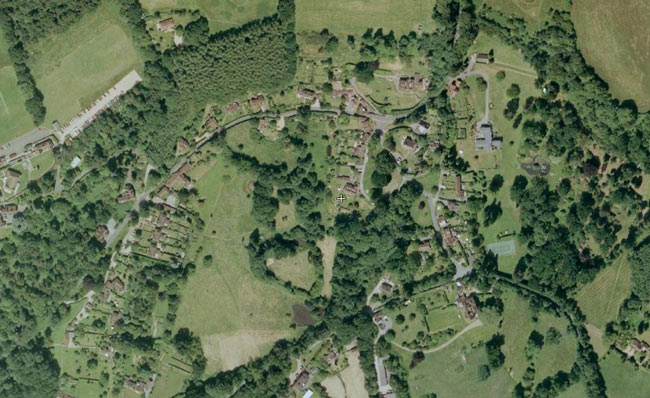 This page has the following sub pages.