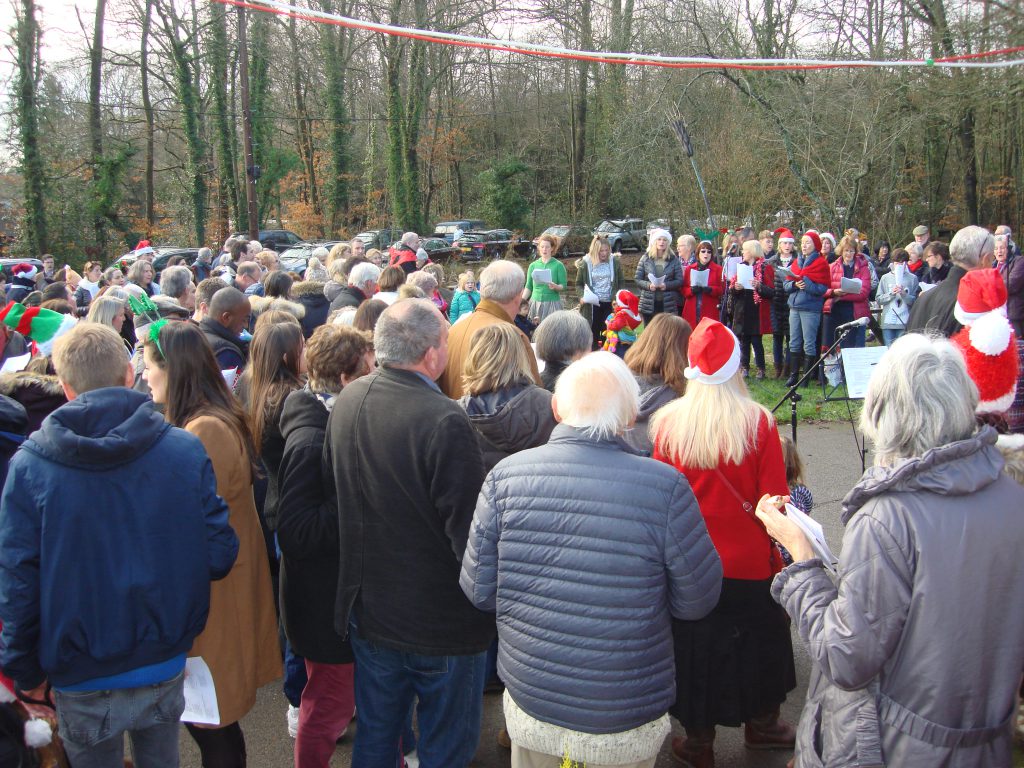 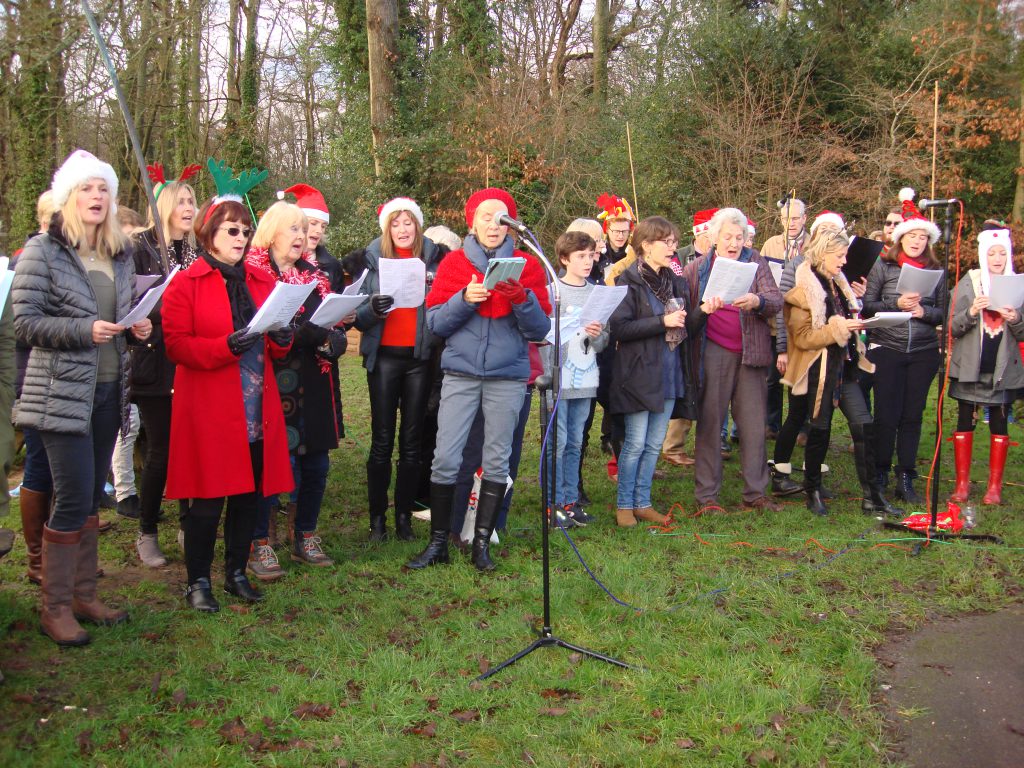 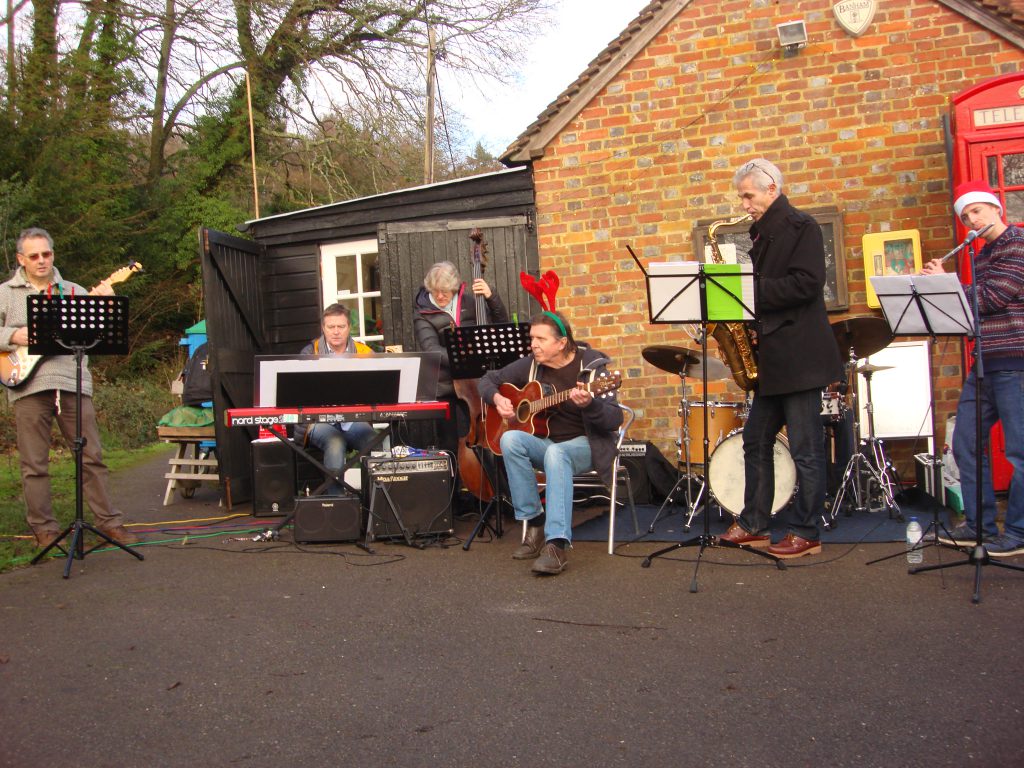 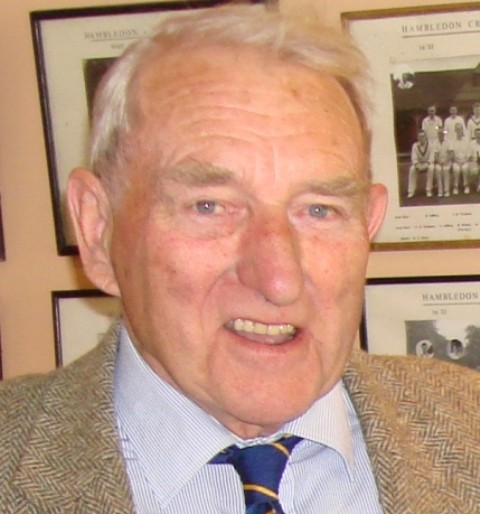 Once again this year, the Hambledon Village Shop Choir will be leading a carol singalong at the Shop at noon on Christmas Eve. Everyone’s invited to come along, join in with the singing and enjoy mulled wine and mince pies.

The choir will have a bigger band to accompany them this year under David Kirby’s fine leadership, so we’d love to add some new choir members. The first choir practice will be at Hambledon Village Hall this evening (Thursday 13th December) at 8:30pm, a second practice will take place on Monday 17th December at 7:30pm. If you would like to join in please come along to one or both of the practices. 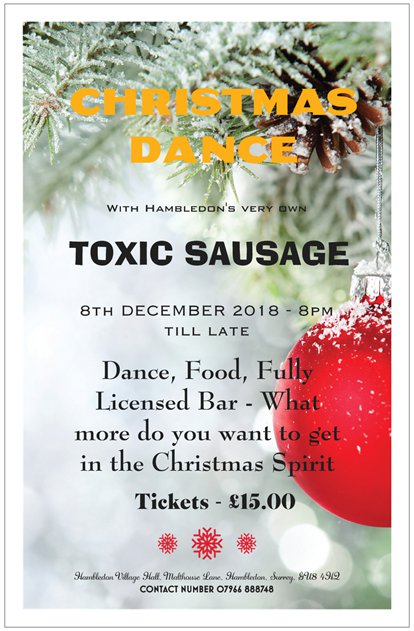 The Hambledon Village Shop Choir have been hard at practice and will be performing once again this Christmas Eve at The Village Shop.

Come along at noon to join in and enjoy complimentary mulled wine and mince pies.

THE Hambledon Village Dance, a sell-out event at the Village Hall on December 9, raised a record £1,250 for local cancer charity KatCanDo.

This year’s party was organised by Mike Blanchard, keyboard player with the band Toxic Sausage. Mike, who lives in the village, wanted the dance to raise money in memory of Pat Hill, a friend and Merry Harriers regular who died earlier this year from complications from blood cancer.

Mike also wanted to mark the successful surgery at the Royal Surrey County Hospital received by Stewart Payne, Hambledon resident and friend of Pat’s, who was diagnosed with oesophageal cancer last year.

KatCanDo, which is run entirely by volunteers, raises money for the purchase of cancer-related equipment at local hospitals and hospices. It was set up in 2004 by Kate Coles, a friend of Stewart’s, who was suffering from bowel cancer and who overheard one of her specialists complaining that a piece of equipment that would be beneficial to sufferers was not available on the NHS budget.

With the support of friends Kate set up KatCanDo, a registered charity, with the express purpose of working with cancer care specialists to provide much-needed equipment at the Royal Surrey and Frimley Park hospitals and to aid cancer sufferers in local hospices.

Kate lost her battle with cancer in 2006 but her friends have kept the charity going and it has donated more than £300,000 to help the fight against the disease.

Stewart suggested to Mike that KatCanDo would be a worthwhile cause to donate the money to, and he agreed.

The dance was a big success, with Toxic Sausage belting out music that kept the dance floor packed. 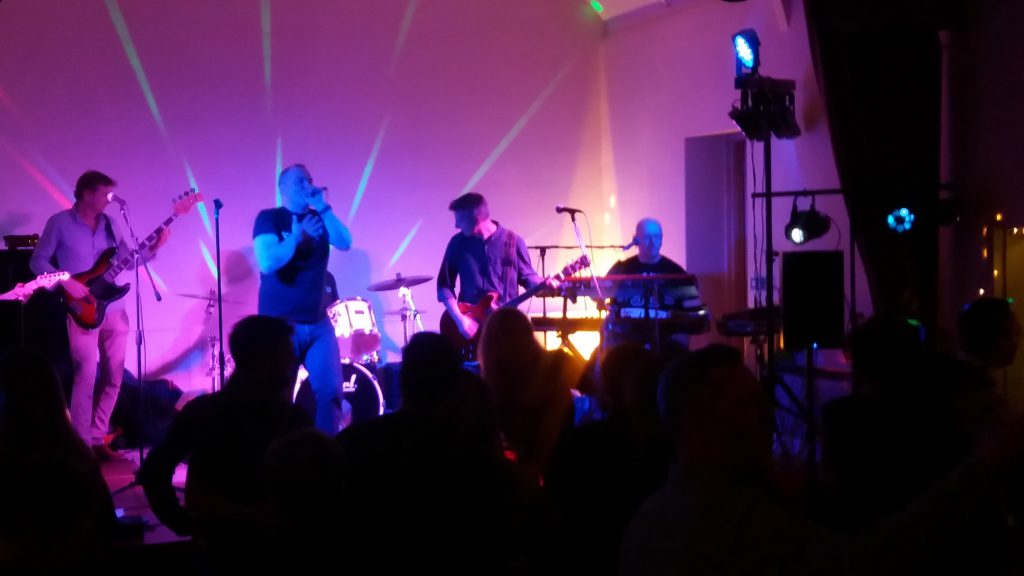 Mike took it upon himself to organise this year’s dance, booking the hall, selling the tickets and taking no fee for performing. Well known around the village as Big Mike, he also has a big heart, and his kindness and hard work is much appreciated. Pat’s sons James and Jono attended the dance and were delighted and touched by the level of support. Thanks also go to Brigitte Coleman for the buffet and to the volunteers who ran the bar.

Toxic Sausage have a big following in Hambledon and will be appearing again at the Village Ball on June 23rd as part of the 2018 Midsummer Festival weekend.

If you would like to know more about the work of KatCanDo please visit www.katcando.org.uk. 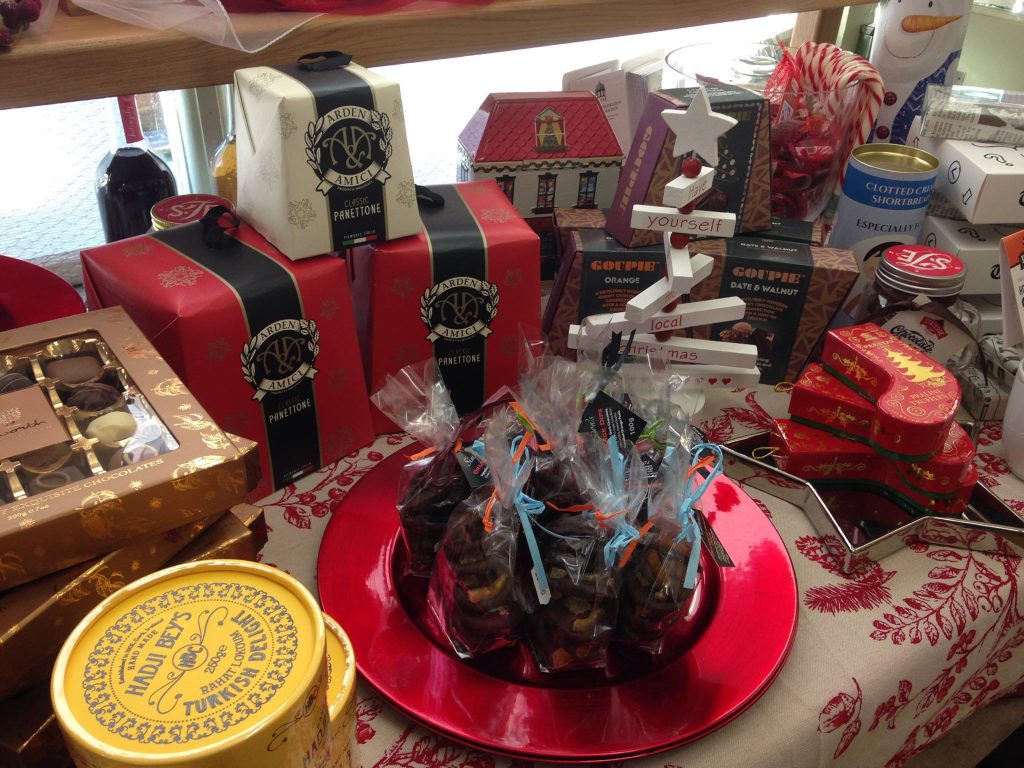 Order Forms for Christmas supplies are now available in the Shop or you can download the form by clicking here.

This year we’ll be sourcing turkeys from RG Young & Sons in Chiddingfold. The turkeys are 7 month old, Bronze, free-range outdoor from Appledore in Kent. The birds are dry plucked and game hung for 10 days and won the Great Taste awards in 2014, 2015 and 2016. Whole birds or crowns are available.

Christmas Orders including Turkeys need to be completed and retuned to the shop by end of business on Sunday 10th December. 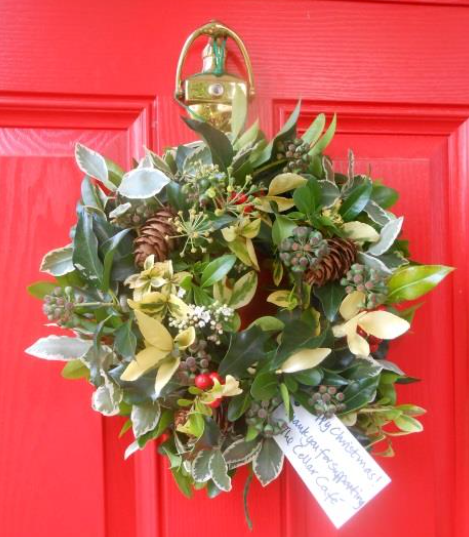 Christmas Wreaths with fresh foliage and natural decorations are being created again this year to raise funds for The Cellar Cafe in Godalming. www.thecellarcafe.co.uk

We invite you to drop in and help make the wreaths with friends and neighbours. The sessions will take place on Friday 24th November, Wednesday 6th December and Wednesday 13th December from 2pm – 5pm at the United Reform Church, Bridge Street, Godalming.

Can you help with Festive Foliage? If you have anything suitable in your garden please let us know and we will come and collect.

The Christmas Wreaths are made on a 20cm oasis base and also can be used as table decorations. You can order one to be delivered to your home on the date of your choice from The Cellar for only £15, or contact vicki.hinde@btopenworld.com or Jacky Beale 01483 423768.

Thank you to everyone in Hambledon for their ongoing support of The Cellar – we are truly grateful.