So we should be bringing an end to 2019/20 season and hopefully celebrating some silverware for the club. It was a season that promised so much for the football club. We were fielding 5 sides for the first time in our 100+ history. All of the teams were competing well and there was a real chance of success. We were also competing at the highest level in the clubs history with the first team in the Premier division of the SCILW league for the first time. However with the business end of the season fast approaching the season came to an abrupt end with the lock down coming in March. 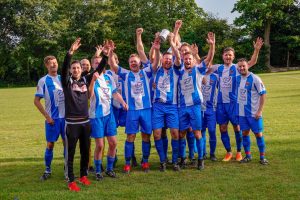 The club had managed to secure one piece of silverware wining the Hospital Cup for the first time. Beating local rivals Chiddingfold in the final. So instead of getting ready to celebrate the End of Season Awards at Badger Park the club is instead setting up virtual award nights for the teams to celebrate the season. Despite the season being void we will be keeping all player stats and celebrating achievements.

Despite the shut down of the season the club have still been busy. The players have been running 5km to keep fit and donating to the Royal Surrey. As it stands the total raised is £2,500. The club have also donated it’s non alcoholic bar stock to Phyllis Tuckwell. As well as a £500 donation to have their logo on our away kit again. 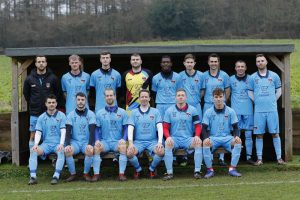 We are preparing the pitch and starting the renovations early at Badger Park so we will be ready for the start of the next season when ever that will be. The away changing room has also had a make over with Martyn Grove not only green fingered but a dab hand with the paint brush. 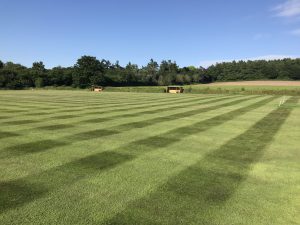 We hope everyone is keeping well and safe. And we hope to be able to welcome you back down to Badger Park in the not to distant future.