Derek Miller has asked the village website team to share details of his wife Cynthia’s funeral, to which all are welcome.

Cynthia passed away on January 30th at the Royal Surrey County Hospital after spending several months at the Surrey Hills nursing home. She was 84. Her funeral will be held at St Peter’s Church, Hambledon, on Thursday 24th February at 1pm.

Derek and Cynthia moved to Hambledon in connection with his work. They fully expected to return to their native Yorkshire on his retirement, but by then had fallen in love with the village, and the village with them. “We never planned to stay here but it is such a lovely place with such lovely people that we never left”, said Derek.

Both became active members of the community. Cynthia was one of the first volunteers at the village shop when it became a community venture. Her home-made carrot cakes were legendary and sold out almost as soon as they reached the shelves.

She remained a volunteer for many years and it was fitting that, on behalf of all the helpers, it was she that received the Queen’s Award for Voluntary Service when it was presented to the shop in 2015. 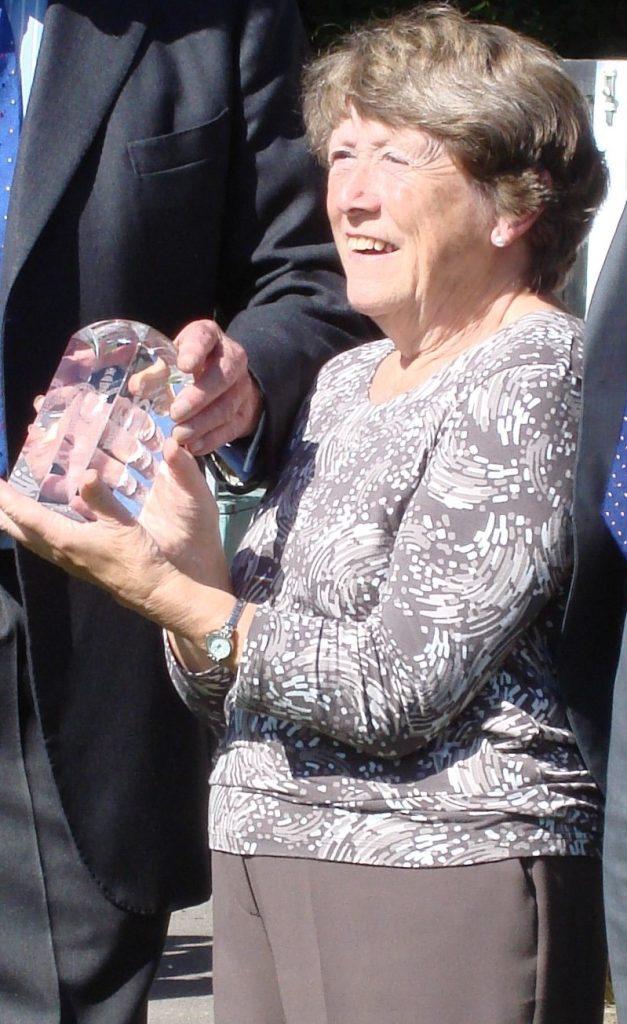 She was instrumental in running the Wednesday Afternoon Group (WAGs), described as “a friendly gathering of ladies” who met every third Thursday of the month for teas, talks and outings.

Both Cynthia and Derek were active members of the village church, where Cynthia was on the flower arranging rota. Derek was for many years a Hambledon Parish councillor, edited the parish magazine, and one of the original web team that helped set up and run this village website.

And, for a long while, a Friday night at the Merry Harriers was not complete unless Cynthia and Derek and their close friends Arthur and Sue Blackman, Ron and Ann Vickery and Mic and Sylvia Coleman, were not seated at the usual table near the fireplace.

We send our sympathy to Derek and his family and will remember Cynthia with great fondness and lasting respect for all that she has done for the village where they made their home. 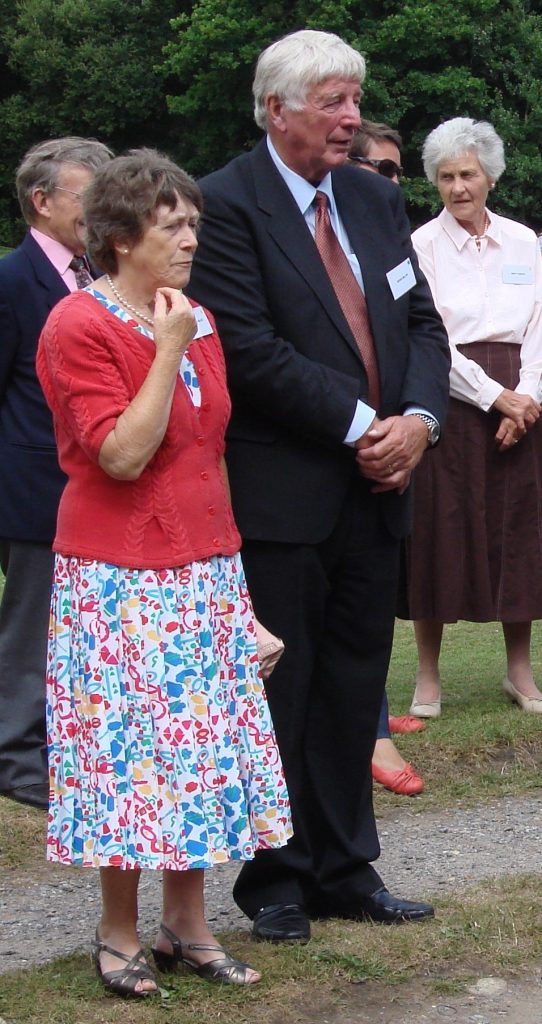 Very sad to hear this news. I have fond memories of Cynthia at every village fete and gathering, always involved in village life. Our sincere condolences to Derek and the family. Form Isabel and Kevin Mason, Clock Barn Farm

This work is licensed under a Creative Commons Attribution-NonCommercial 4.0 International License.
wpDiscuz
2
0
Would love your thoughts, please comment.x
()
x
| Reply