The second Mary Caroe Cup match took place between Hambledon Cricket Club and Hambledon Village Shop on Sunday 20 June. With a deluge of rain in previous days the groundsmen had managed to keep the wicket covered and rolled in time for the clouds to break and play commence. 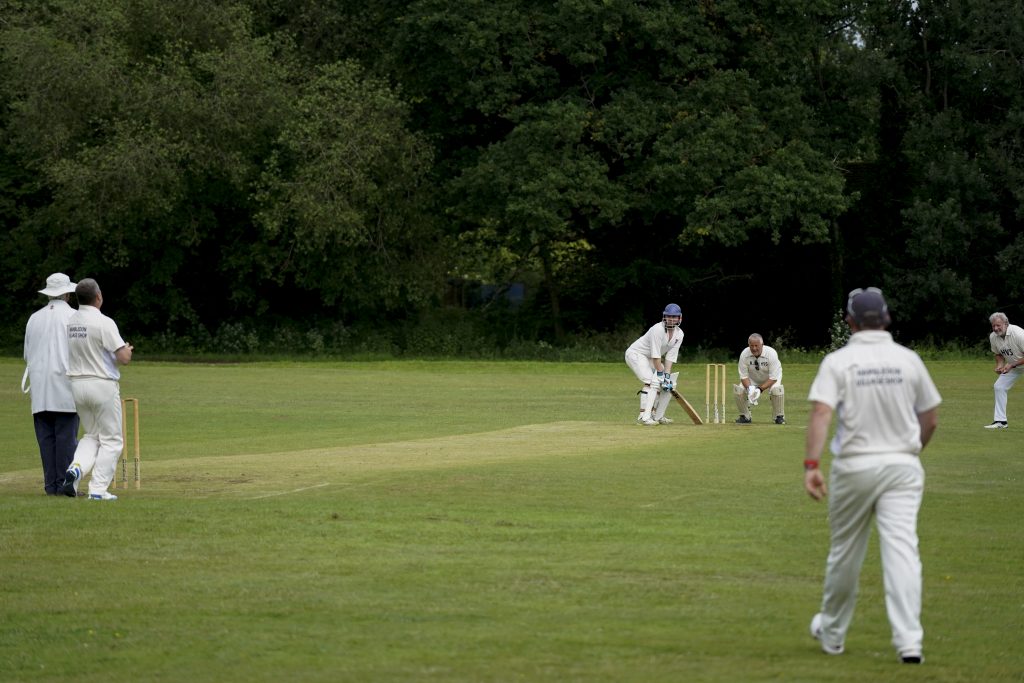 HCC won the toss and elected to bat. Current and past Chairmen, Nigel Tristem and Andy Hinde, opened the batting for HCC with Ali Masterman and Matthew Haines leading the attack for HVS. The first two overs were tense maidens as both sides settled in and a socially distanced crowd took spots around the boundary. Andy was removed lbw with a blow to the foot which brought Sean Sinnott to the crease. It was soon apparent that Sean’s loyalties would be questioned all afternoon by a teasing and vociferous group of supporters. Nigel top-scored for HCC with 42 before his departure brought Andy Abbott to the crease. Andy was sent straight back to the pavilion given out lbw. As the 100 came up both sides wondered what a competitive total might look like. Sean Sinnott (35) and Sion Griffiths (29) put on a useful partnership. Rev. Simon Willetts, playing his first game since school, contributed a divine unbeaten 7. At the end of the 30th over the scoreboard recorded a total of 156 for 9. Pick of the bowlers was Matthew Haines with 4-11 off 6. Hats off to Jez for the catch of the day to remove Harry Wilson in a brave act of self-defence. 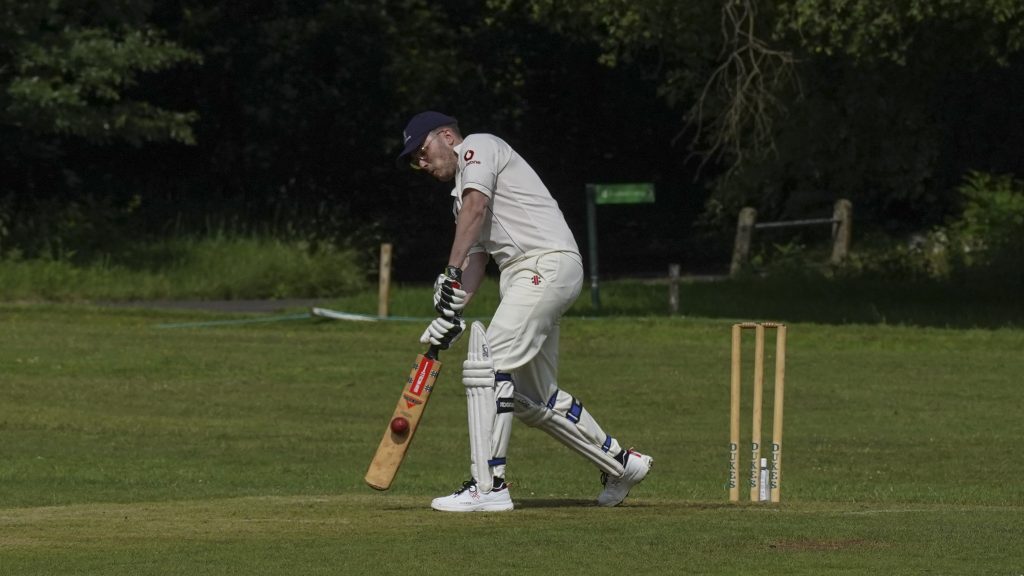 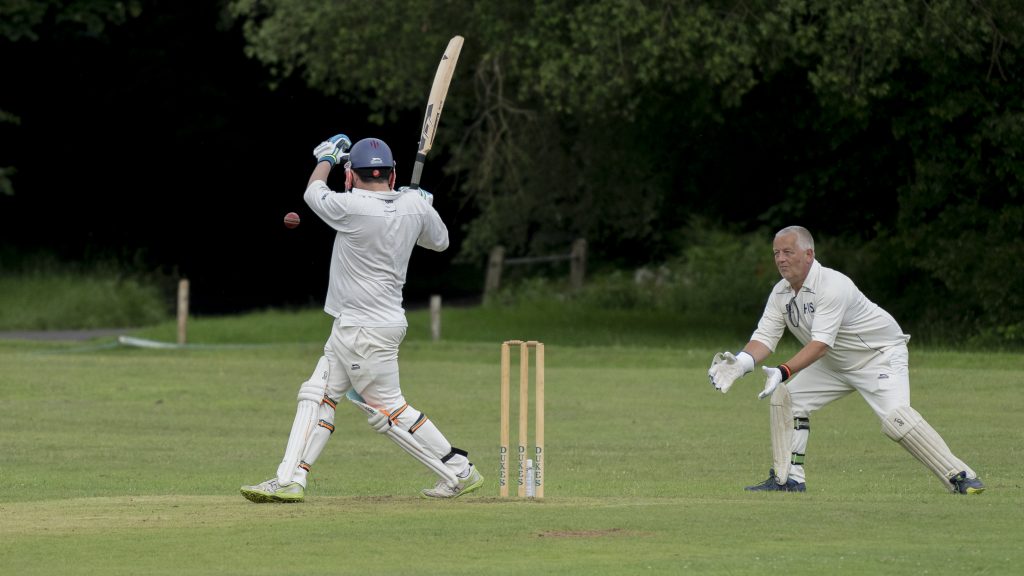 Shortly before the break both teams and supporters gathered outside the shop for the presentation to John Anderson to mark his retirement from the Parish Council after 38 years (the last 17 of which he served as Chairman). As incumbent Stewart Payne remarked, it was entirely fitting that this presentation took place on the day of the Mary Caroe Cup, and in the presence of Ruth who spoke warmly of her family’s friendship with the Andersons. John continues in his honorary role as Vice-President of HCC.

Remi Trovo and Matthew Haines set about the target for HVS with Josh Lott and Harry Wilson bowling for HCC. Each of them removed the openers. Oscar Parker began with a boundary but was bowled by Josh. Jez hit a very useful 15 before he went to Mark Holmes. Guy hit 5 but was removed by Josh for his third wicket. Jack Wilson hit a fine 34 before he was run out with his eye on the chase. Another run out brought Deeg (David Gorrod) to the crease. He was in fine form, mixing boundaries with quick singles, while Sean Sinnott had to grow a thick skin down on the boundary. Andrew Dunn and Mark Holmes continued the bowling. Deeg top-scored, compelled to retire, unbeaten on 49    . Ali was then caught and bowled by Harry while TSB was run out. The final overs were left to Andy Abbott and Harry Wilson as HVS chased down the target. Jon Petersen took on the fight with some valuable runs including one big boundary. Deeg came back out for the final over with HVS needing 4 from 4 then 2 from 2. The finish could not have been more tense but Andy Abbott restricted the batsmen to leave HVS on 155 for 9 after 30 overs. 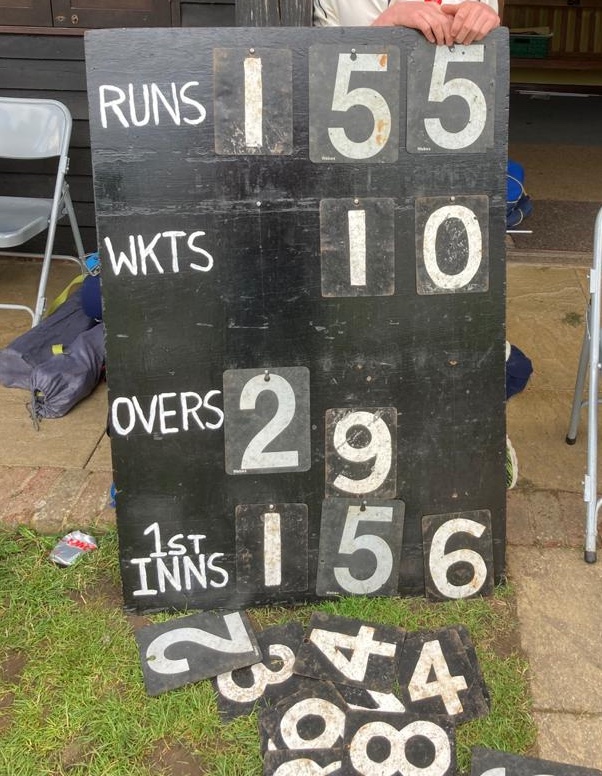 HVS skipper Martin Thompson presented the cup to HCC skipper Andrew Dunn. Both thanked all who attended with special thanks going to the shop staff who kindly made up sandwiches and cakes for the players’ tea. Both teams wish to express their grateful thanks to the umpires, Tim Parker and Andy Falk, and scorers Stewart Payne and Mary Burrows. Without doubt the day was a fitting tribute to Mary Caroe and all that is good about Hambledon. 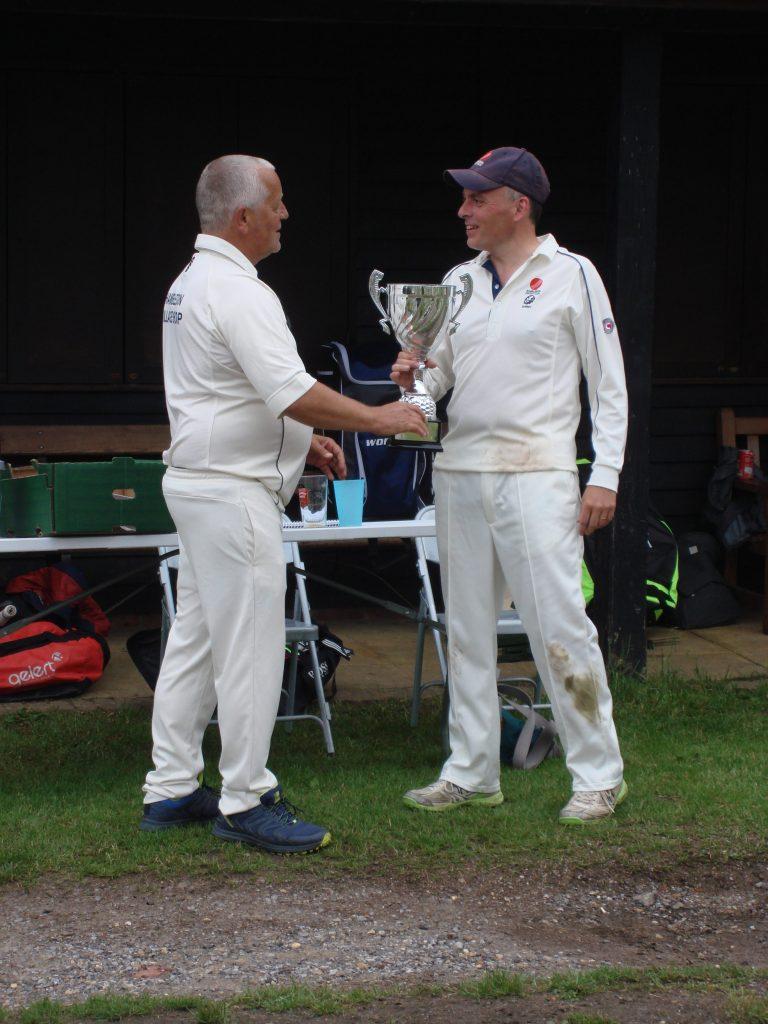 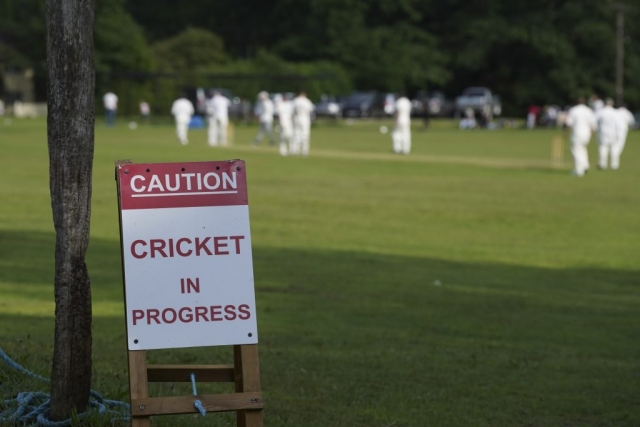 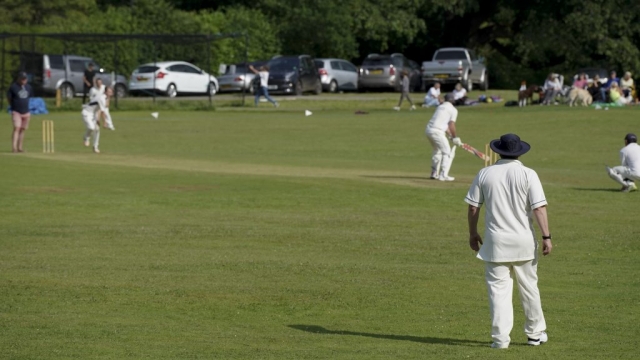 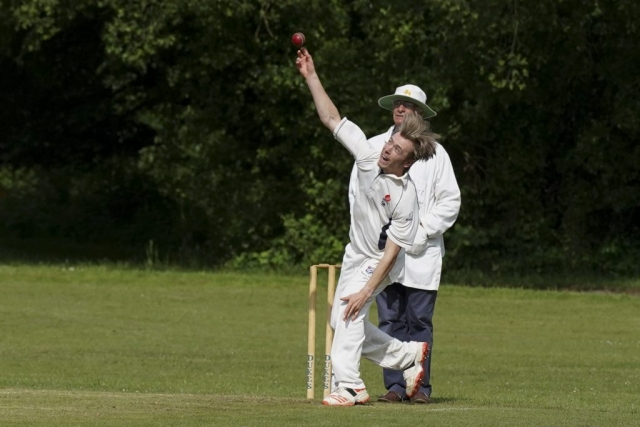 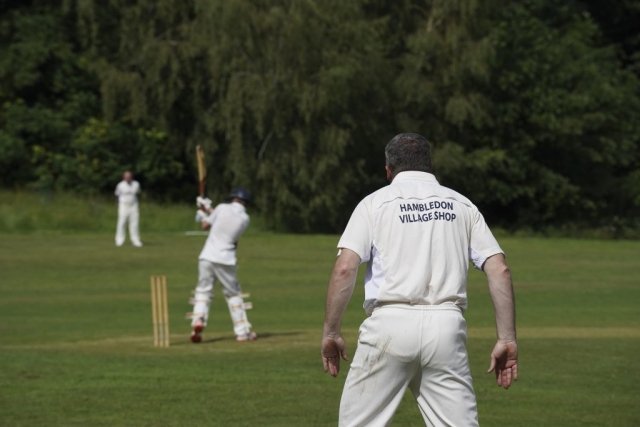 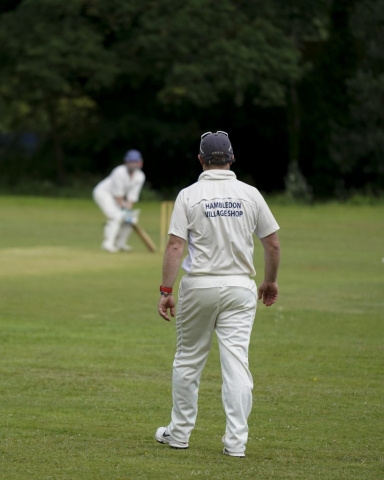 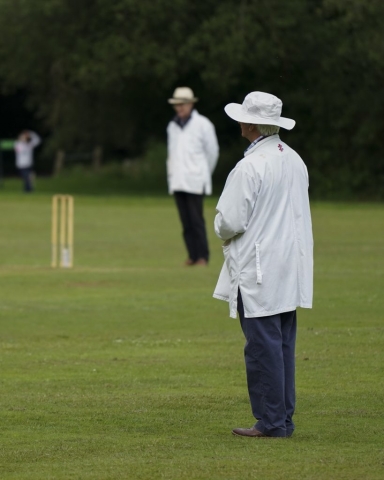 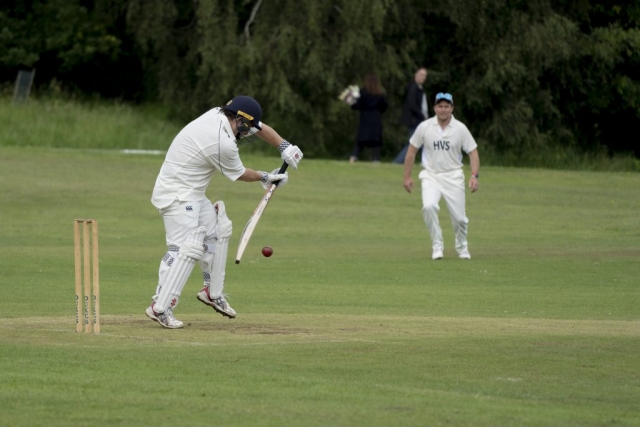 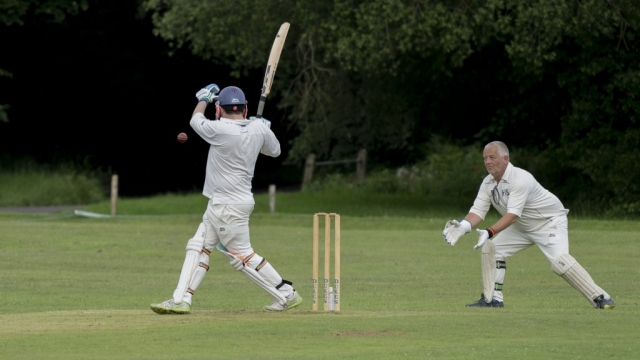 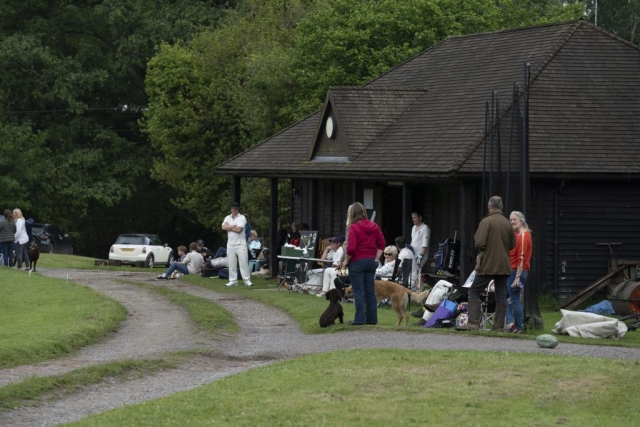 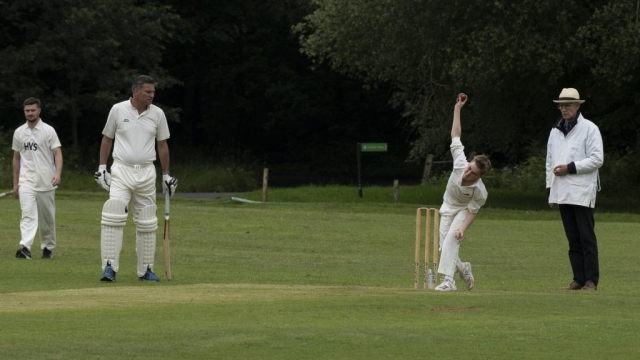 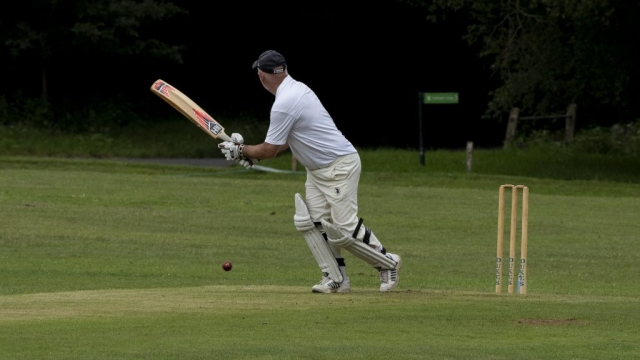 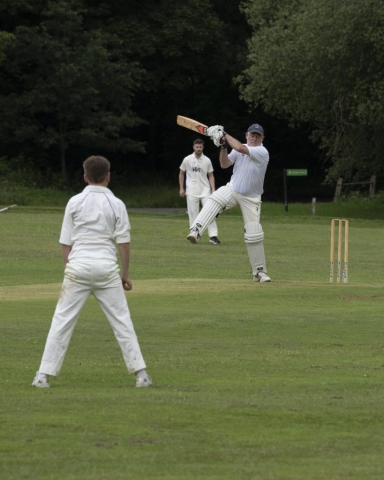 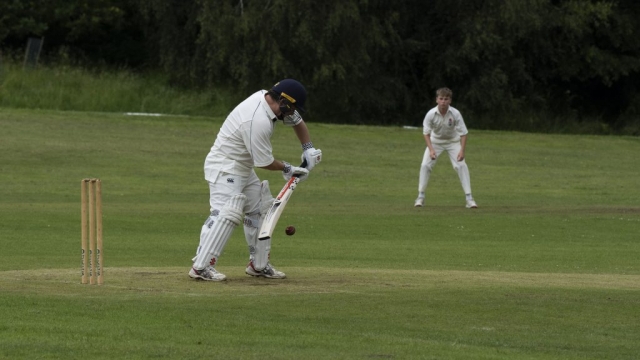