A memorial bench commemorating the life of Raymond Smith and his contribution to village life – and to Hambledon Cricket Club in particular – was unveiled at a short ceremony on Saturday September 10.

A planned cricket match between a Hambledon Village XI and a Family and Friends XI was rained off but spirits were not dampened inside the pavilion where a toast was drunk in Raymond’s memory and a barbecue served under a gazebo outside.

Andy Hinde, club chairman introduced Mic Coleman, long-serving club president who spoke of Raymond’s immense contribution to the club, a driving-force behind fund-raising and an enthusiastic and active supporter.

His widow Peggy then unveiled the bench assisted by son Charlie and daughter Rosie. They are pictured sitting on the bench, the first of many who will relax on its timbers to enjoy cricket on the green. 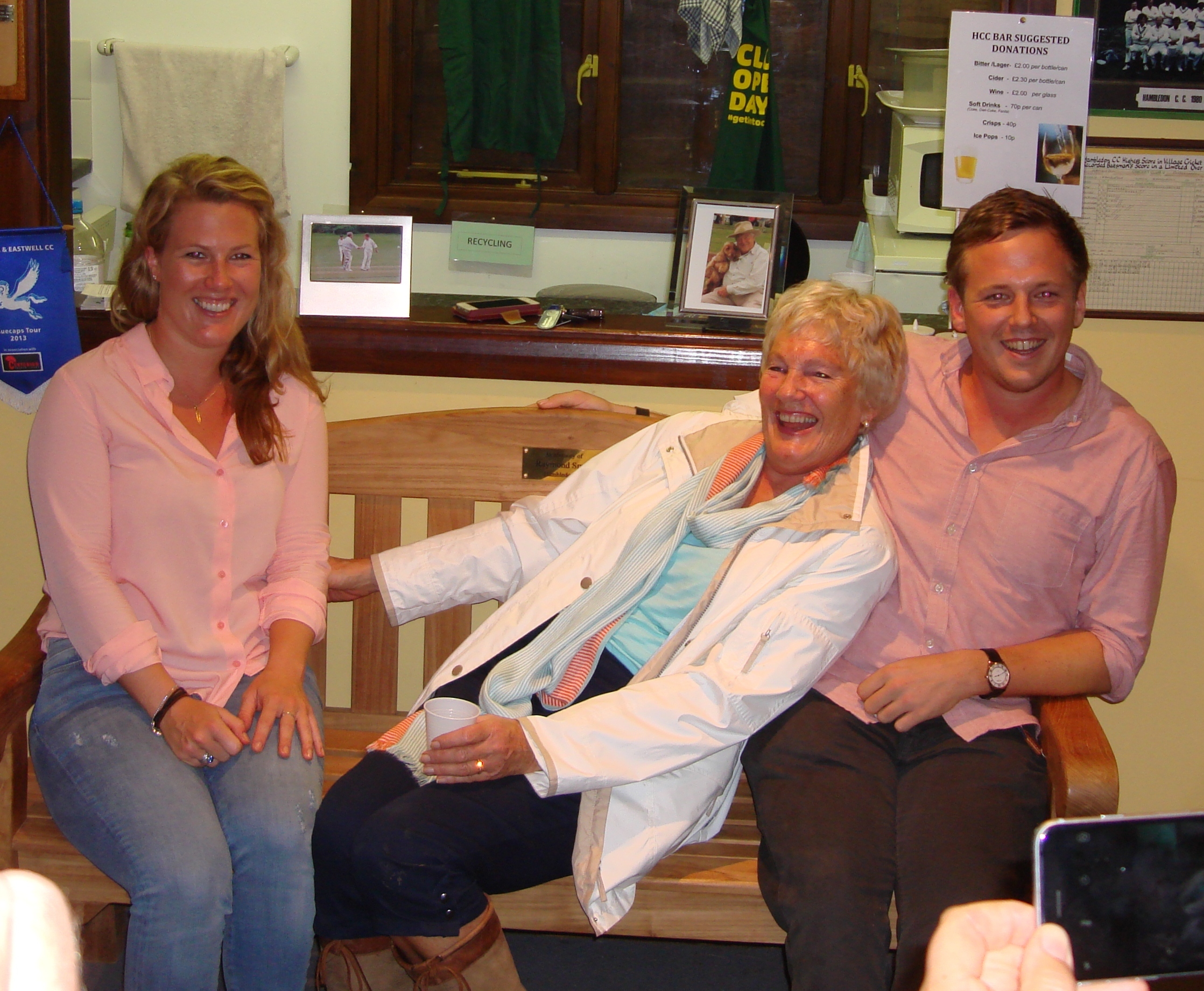 Raymond, who lived at Lane End, died in January this year and his funeral service at St Peter’s Church was packed as tributes were given to his role as dedicated family man, loyal friend and outstanding contributor towards many aspects of village life.

His son Charlie spoke fondly of learning to play on the cricket green where his father was a convivial and welcoming figure on the boundary.

It is planned that the memorial cricket fixture will be re-arranged for next season. 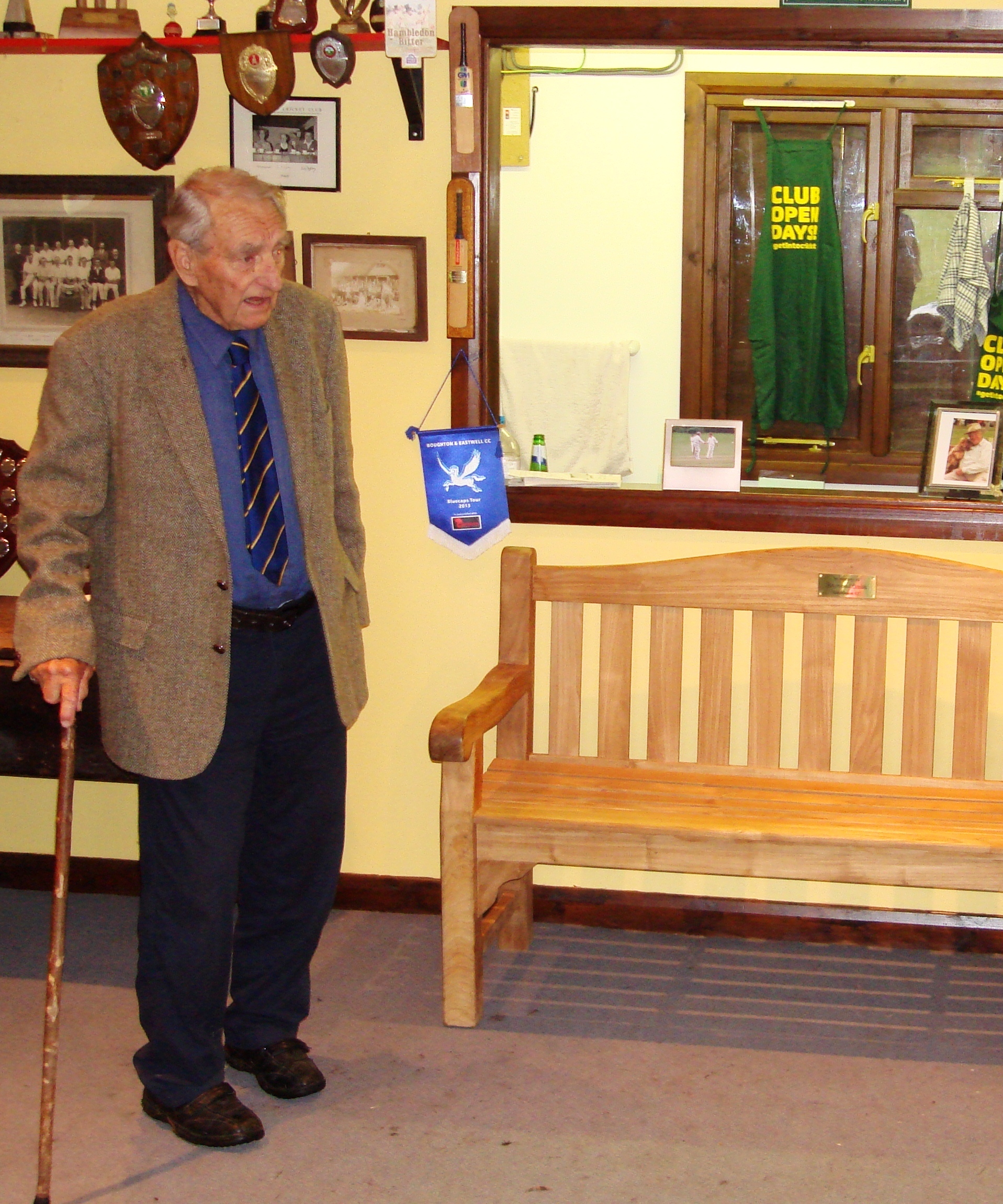 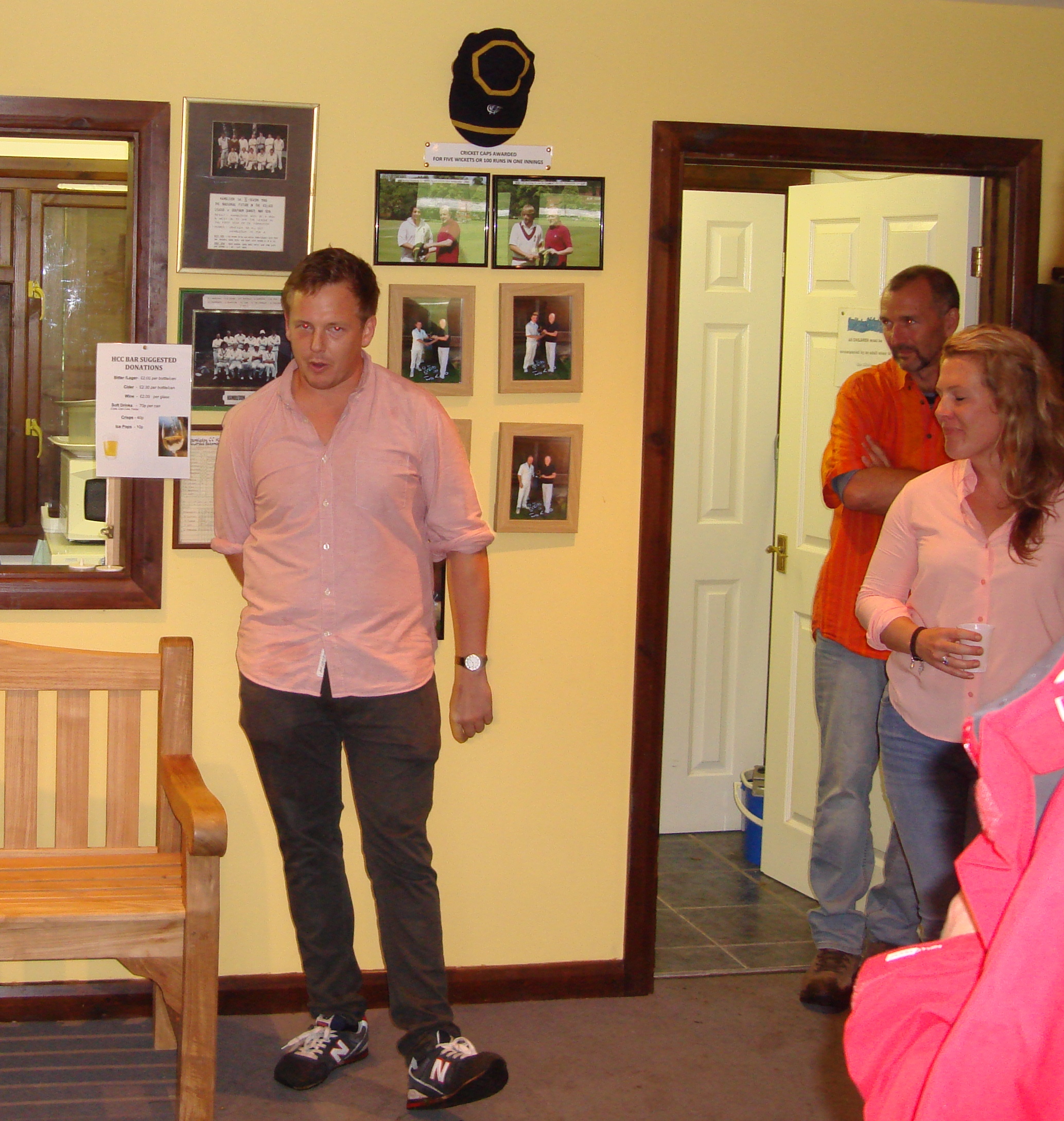 * Our photographs above show Mic Coleman making his speech and Charlie recalling his father with his sister Rosie and Andy Hinde looking on.